Okay, let's think blue skies and summer days.   Sunshine so bright, you can't help but smile!
Has anyone ever buried a time capsule?
Early this year Gary just happened on photo's one day when he was going through his late father's pictures - photos showing a place where one such time capsule was buried.
Remember the post on Athena, Gary's daughter?
Well, ten years ago, 7/21/2000 to be exact, Athena and her Pop-Pop (Gary's father) buried this time capsule together.  Special memories were tucked inside.
Time would stand still... Athena was seven at the time.
But time did not stand still.
Pop-Pop would only live another six years, then die suddenly of a heart attack.
Athena would be alienated not only from her Pop-Pop, but from her father and his entire side of the family as well.
Time moved on.
And a time capsule that was buried with love one warm July day and brought a grandfather and his granddaughter closer together, remained. 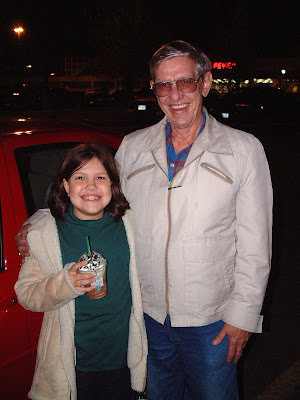 Pop-Pop left behind photos of the site marking the exact place where the time capsule was buried, on the towpath in Freemansburg, Pa.  You can imagine the strange looks we got as we began our hike on the towpath this spring day, May 7, 2010 - ten years later-  carrying shovels. 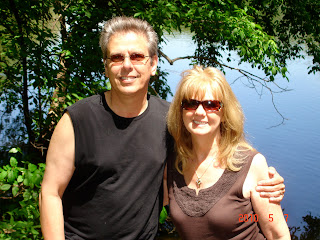 We walked about a mile out the towpath and finally found the tree.
The tree had grown, along with weeds.  But after an hour of digging, measuring, moving, and digging some more..... 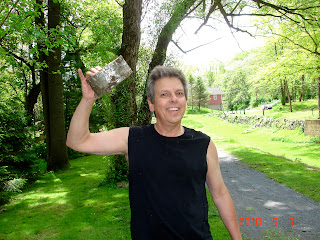 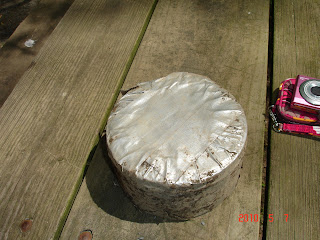 Wondering what's in the time capsule? 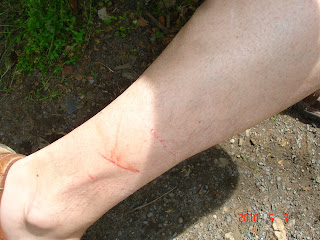 Yes, there were injuries from the thicket surrounding the pine tree where X marked the spot. 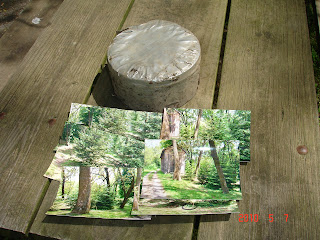 Notice the pictures beside the time capsule.  Pop-Pop had circled the exact place to dig. 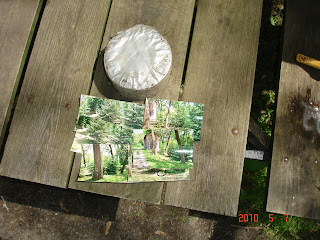 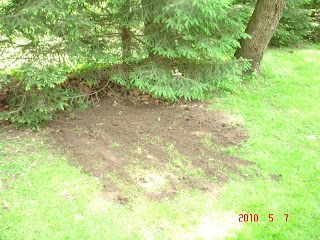 All of the dirt was replaced, neatly where it belonged. 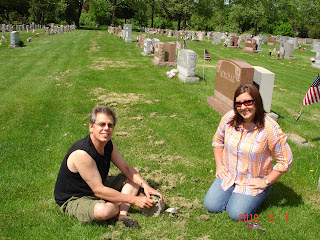 And then we took the time capsule to Pop-Pop's grave where Gary and his oldest daughter Stacy opened it.  It was bittersweet.  Only ten years had passed, but it seemed like a lifetime.  So much had happened.
I know, you're dying to know what was in the time capsule, right?
Yes, we have a video.  Come back next Thursday to see :)

No Baby To Bring Home

Yesterday was my gynecologist appointment. Remember my post from last month?  I waited for an hour and a half in a room full of expectant mothers.  It's not fair.  They get to eventually go home with a baby.  All I'm going to get out of this is a little time off work and a very painful bleep.  I was glad when finally a woman came in to wait who was somewhat my age.  Boy do I feel old.
So I have been referred to yet another doctor, a gynecologist oncologist who will do my surgery... AND I may have to go to Baltimore to have it done.  Still.  No baby to bring home.
I'm afraid that some day I'm going to be one of those little old ladies in the nursing homes that cling to a baby doll and scream bloody murder when the nurse takes it away....  LOL.
I got an appointment as early as Saturday morning to see the new doctor.  I so love getting up at 5:30 AM.   NOT!!
Here's one of the cutest YouTube videos I've seen so far.
Enjoy.