Can't Make Lemonade Without the Lemons

Lemons:  Last week we installed Norton Anti-virus on my two work computers.  They both crashed!

Lemonade:  And so, I ordered a new 27 inch IMac to replace the one that Norton killed.  I am pretty excited!  Also, my files were able to be saved. 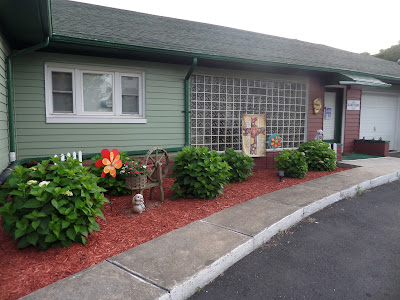 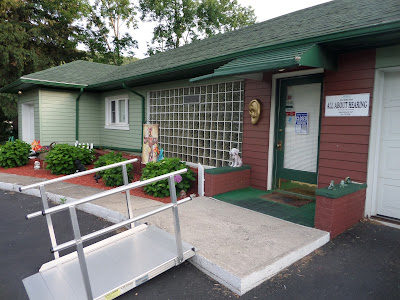 Wouldn't you know it though.  I had just paid off my last credit card and I was debt-free and that felt oh-so-good!  Every charge card was paid off including all business debt.  I guess you could say it's been a pretty good year at All About Hearing.

Lemons:  Some guy decided he wanted to return his hearing aids today because he could not afford them.  I wonder why he even bought them in the first place?  But even though his 30-day trial period was over I decided to refund him anyway.  I believe its good for business to keep everyone as happy as possible. 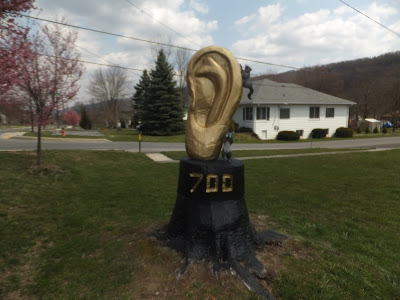 Lemonade:  I made a sale today and was able to give the customer a phenomenal price thanks to Siemens.   Our Siemens rep sent an email stating that our second to the top of the line hearing aids have been discounted almost 48% to us.  This peeked my interest since July is our anniversary month and we do a booming business with sales, discounts and low prices to celebrate.  This year, we go into our 5th big year!   Then, since I was already warming the Chase Ink business card up with my computer purchase, I bought three sets of stock aids at the sale price to have in the office for July's celebration!   I am confident July will end with all  hearing aids sold!  And this purchase puts me in great standing with Siemens which will give me even lower prices going forward, and more perks.

One of my fun promotions for July:  Get ready to Spin the Wheel for even More Savings at ALL ABOUT HEARING! 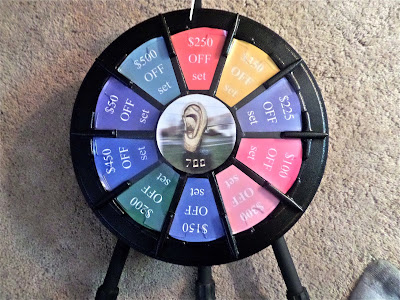 It has been a roller coaster of a ride this week but it's all good.

Lemonade:  I got to ride in the Buick today.  My fur is cut short and I feel cool, like a pup again. Mom keeps hugging me saying I smell marvelous.  I feel so much better. 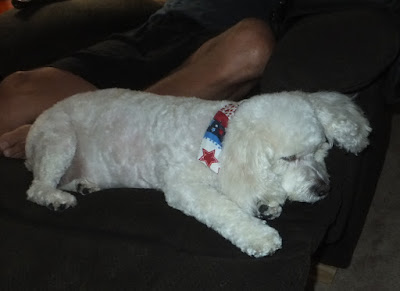 I loved him with all my heart.  I knew that one day I would marry him, and so I began to sign my name Bobbie Jo Lindsay.  His face was everywhere on my wall and ceiling and I was faithful.


I never missed a night of kissing his lips before going to bed.  He was always smiling, so I was sure he felt the same way about me.


I will never forget the day my uncle brought me home from his house (I had spent the night with my cousin) too late to see Happening '68.  It was just over (2:00 PM) and all that was left was Paul Revere and The Raiders waving  bye as they sang their last song that Saturday afternoon.  I cried for the rest of the day!

But I grew up and we grew apart, Mark Lindsay and me.  He went his way and I went mine.  I named my daughter after him, remembering the love we once had and wishing to have a remembrance with me forever and always.  (okay, I may be exaggerating a bit)

My dream came true was shattered on Thursday night at the Hampton Inn (our hotel) after The Happy Together concert in Jim Thorpe, PA. where I had a front row seat to the awesome, wonderful, fun concert!

After the show we were in the lobby talking to some other people that we had met, and getting pictures with the Grassroots guys (Nice fellas!), when who should walk in!!!    Mark Lindsay!!!

One picture is all I wanted.  And maybe...  just maybe I could tell him how when I was thirteen years old I spent every single dime of my dollar-a-week allowance on his albums, his records, and Tiger Beat Magazines in search of new 8X10 glossies to tape onto my wall.  It was my moment.

He saw me standing there.  It was obvious I was excited to see him in person!

First he rolled his eyes.

Then he tried to walk away.

I don't know if he heard my husband say that he would break his legs if he didn't stop long enough to get a picture with me, but he did stand beside me and force a half a smile, not saying a word and disappearing quickly before we could engage him in any conversation at all.

Someone I met at the concert said that at the Meet-And-Greets he charges for his autograph.

He's a good entertainer and a great showman.  But I am erasing my faux name 'Mrs. Bobbie Jo Lindsay' from every album that I signed from back-in-the-day.

In the words of Mr. Wonderful on Shark Tank "He's dead to me."

Mr. Mark Lindsay, we are through!

Gracie is amused by terrorizing a poor defenseless bunny as it tries to seek shelter beneath the bush from the coming storm. 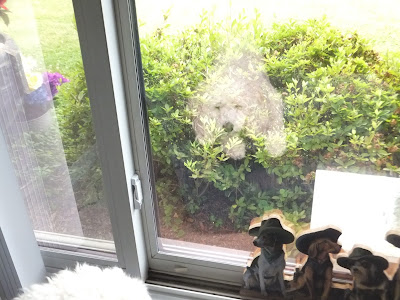 A stalker in the cowboy hat?  He's got his eye on lil' bunny.  Careful Bugsy.  You are being watched. 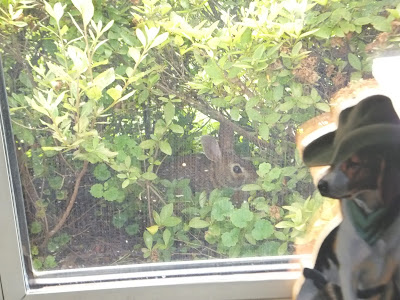 So.  Mom.  My gift to you.  And what a lame post you did five years ago today for your very first blog post.  Geesh.  I coulda done better but noooooo  you were so into being miss look-at-me I have my own blog at my expense of with much emphasis on your beautiful cockapoo pup who just happened to be only six years old at the time... ahemmmm...  a sweet young thing I wuzzz back then.

So here it is mom.  Your very first bloggy post (edited to be made better by yours truly)

Love ya mommie dearest!  Your Gracie. 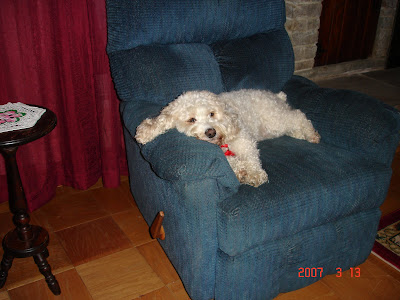 I never thought I'd be one of those silly people who coddle their pets and treat them equivalent to or better than real people. I'm sorry but this makes me laugh!  Out loud.  LOL! Those people were a little whacked out in my book.
But... so goes life. And here's Gracie with her very own rocker recliner.
As it should be. 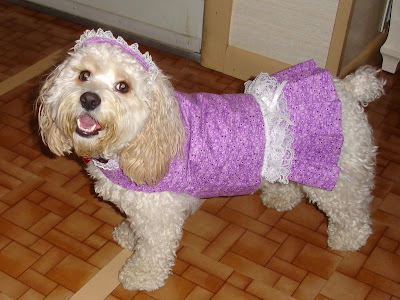 And Designer outfit...  Designer?
Now really mom, did you not get this outfit for a song and a prayer? 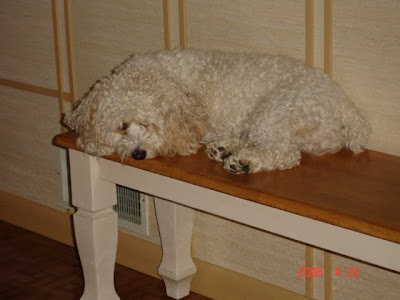 ...And stubborn attitude when she doesn't get her own way Never! 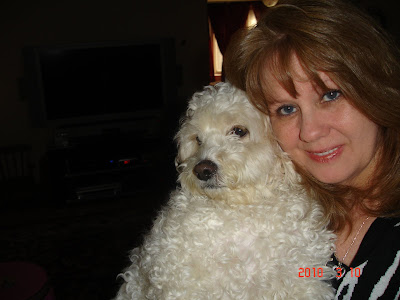 I never thought I'd be calling such a nuisance What you say is what you are and stinky smelling I resent that! (at times) animal my Baby. But I do.


With spring having sprung... 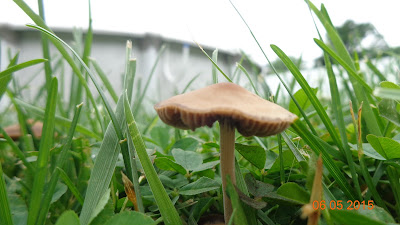 And summer being just around the corner.... 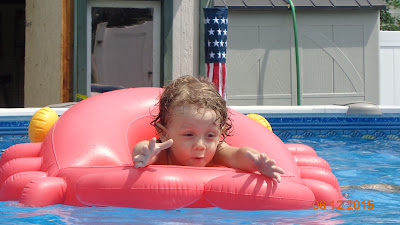 We are being kept pretty busy. 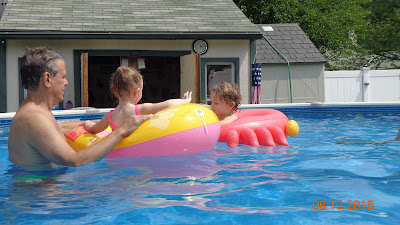 The pool was ready to go today and the weather was perfect! 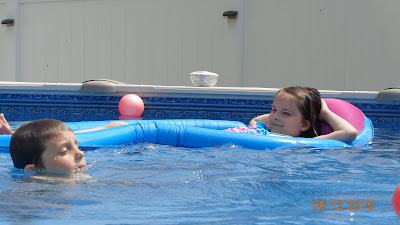 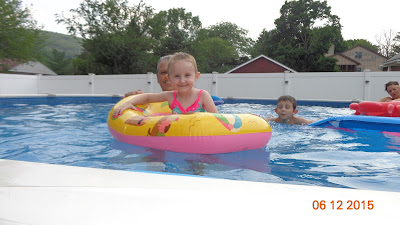 And, this is the time of year for dance recitals. 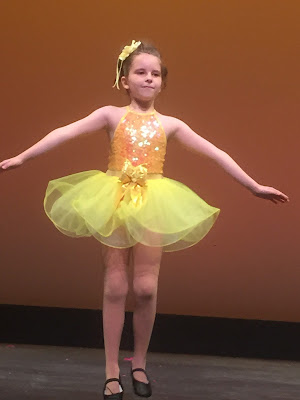 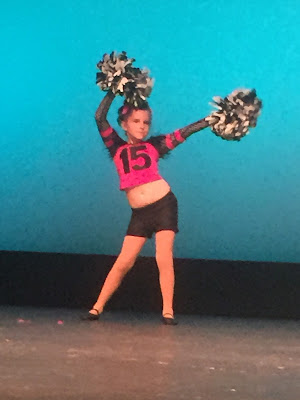 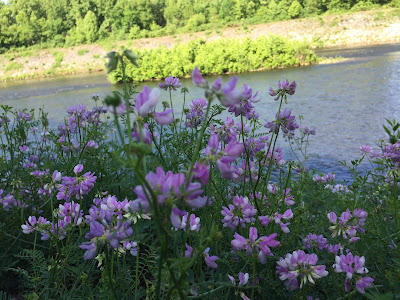 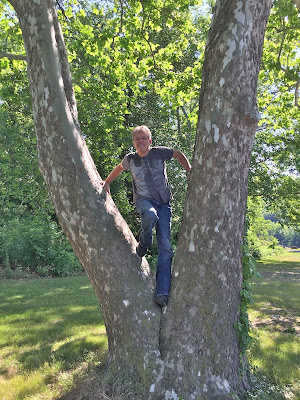 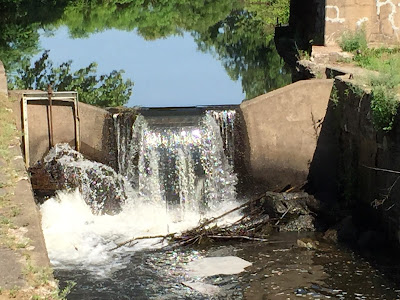 And some more silly stuff. 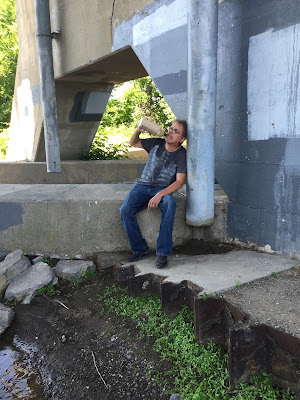 Poor Me
by Gracie Phillip

Mom and Dad went away,
So I threw up on the floor that day.

Justin came to stay with me,
But Mom and Dad I missed, you see.

So I was sad while they were gone.
But soon they came home...

And brought me a lamby! 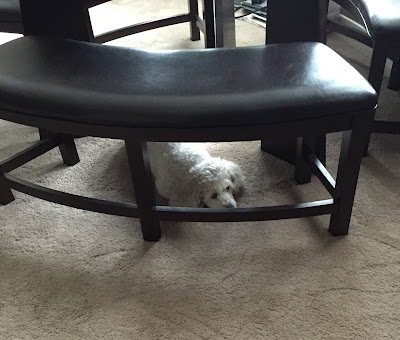 A Lump on My Rump
by Gracie Phillip

While Mom was rubbing my butt one day,
She gasped in dismay.

She found a lump,
It was on my rump.

Then a week later, another lump.
Two lumps on my rump.

So she called Dr. Fox
And he stuck a needle in my rump. 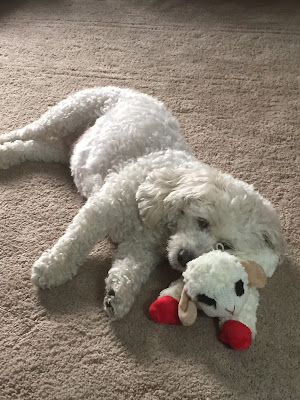