A Tale of Terror by Omar

Once upon a time there lived an opossum named  Omar.  He was uglier than the ugliest of uglies.   After wreaking havoc on Princess Gracie's space and threatening her with his big ugly teeth and arrogant attitude, the groundskeeper set a trap to capture the wild and evil creature.

He placed sardines in the trap (since Omar was attracted to fish) and went to bed that night and waited.

Next day sure enough the trap had went off.

Omar was smarter than the average Opossum and he was nowhere to be found.

Having pulled the sardines through the side of the cage, he cheated the entrapment and that had been set for him and went on to live a fun life, laughing beyond the grounds fence at the stupidity of Princess Gracie and her groundskeeper.   Omar rubbed his tummy, glad to be alive.

The groundskeeper thought, now how can I outsmart that pesky Omar and bring him into captivity so that Princess Gracie can live a life of freedom and run and jump and pee and poop in her own yard once again without worry that she will be attacked by the evil Omar.

And then, a plan.  The groundskeeper sat the end of the cage inside of a box so that Omar could not steal the food from the sides of the cage and cheat his fate.

Evening fell upon the grounds and Princess Gracie slept peacefully inside the house.

Poor Omar.  He trembled and hissed and curled up inside of his prison, outsmarted by the groundskeeper, scoffed at by Princess Gracie. 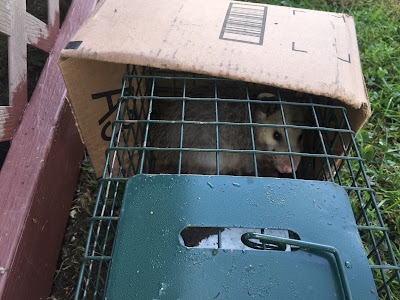 He was taken to a thickly wooded area and let go.  "Goodbye, Omar"  The children bid him farewell and the groundskeeper rattled the cage.  "Go!  Start a new life!  Go, now!!"  He was hesitant.  Unsure.  But finally, he moved slowly away. vowing to one day find his way back to Princess Gracie to terrorize her once again.

So Princess Gracie....  When you go outside in the dark of the night to do your business and ya think its all good....  all calm....  all clear and peace is upon the grounds... you better watch out....    cause Omar Opossum might just be lurking nearby, ready to flash those big pearly whites and GET CHA!!!! 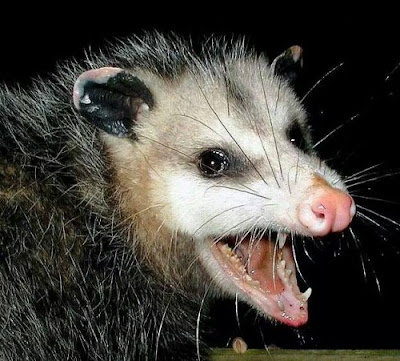 Dear Diary,
Dad caught the pesky critter that's been invading my outdoor space.  But I will totally never forgive him for turning it loose somewhere far from here.  I really thought he'd give it to me to play with.  But nope.  No go.  What a killjoy.  Guess I'll have to play Barbie's with the girls.  Gracie. 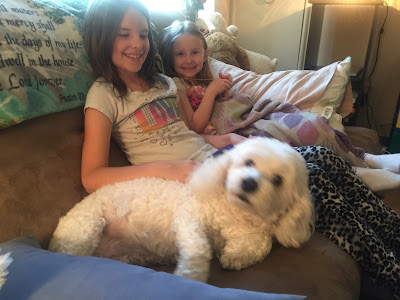