We Got A Gorilla

On May 9, 2014 a furniture store in Quakertown, PA received a giant 8 1/2 foot gorilla in with their shipments.

They had not ordered a gorilla.

They did not know what to do with him!  So they sat him outside of the store.

The very next day, Gary and I saw him standing in front of the store and we fell in love with him.  Well, Gary more than me,  But anyway....  When we returned home we began to make plans.

Meanwhile.... back at the furniture store...

1) His very first pension check from Bethlehem Steel where he worked for 29 years.
(He could retire, though he still stays semi-active in our business.)

2) Anvil, the gorilla, who will be  All About Hearing's mascot.

His four hour ride here was not without a little action... 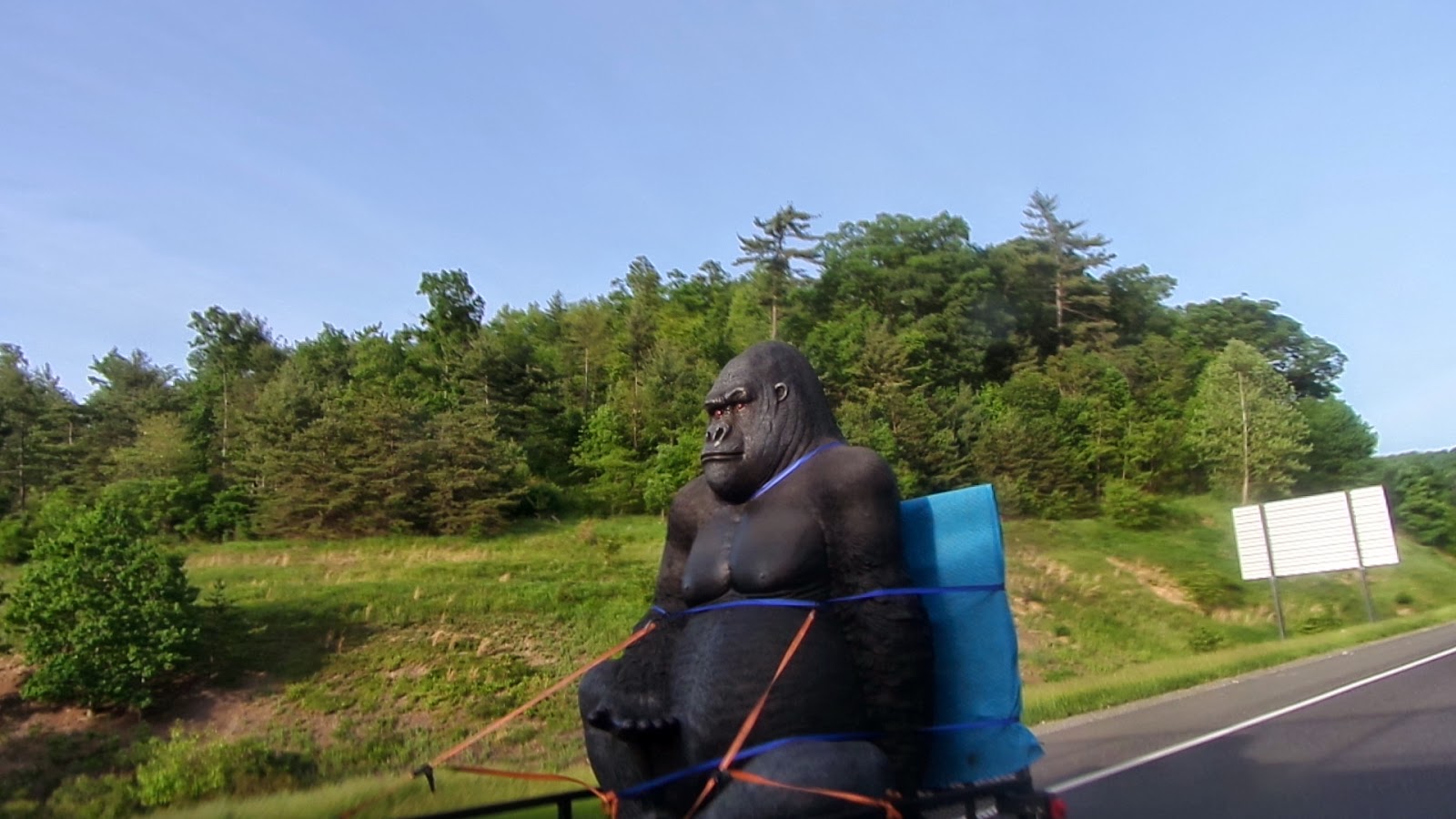 One girl motioned for the guys to pull the trailer off to the side of the road...  then she proceeded to jump up into the gorillas lap to get a picture. 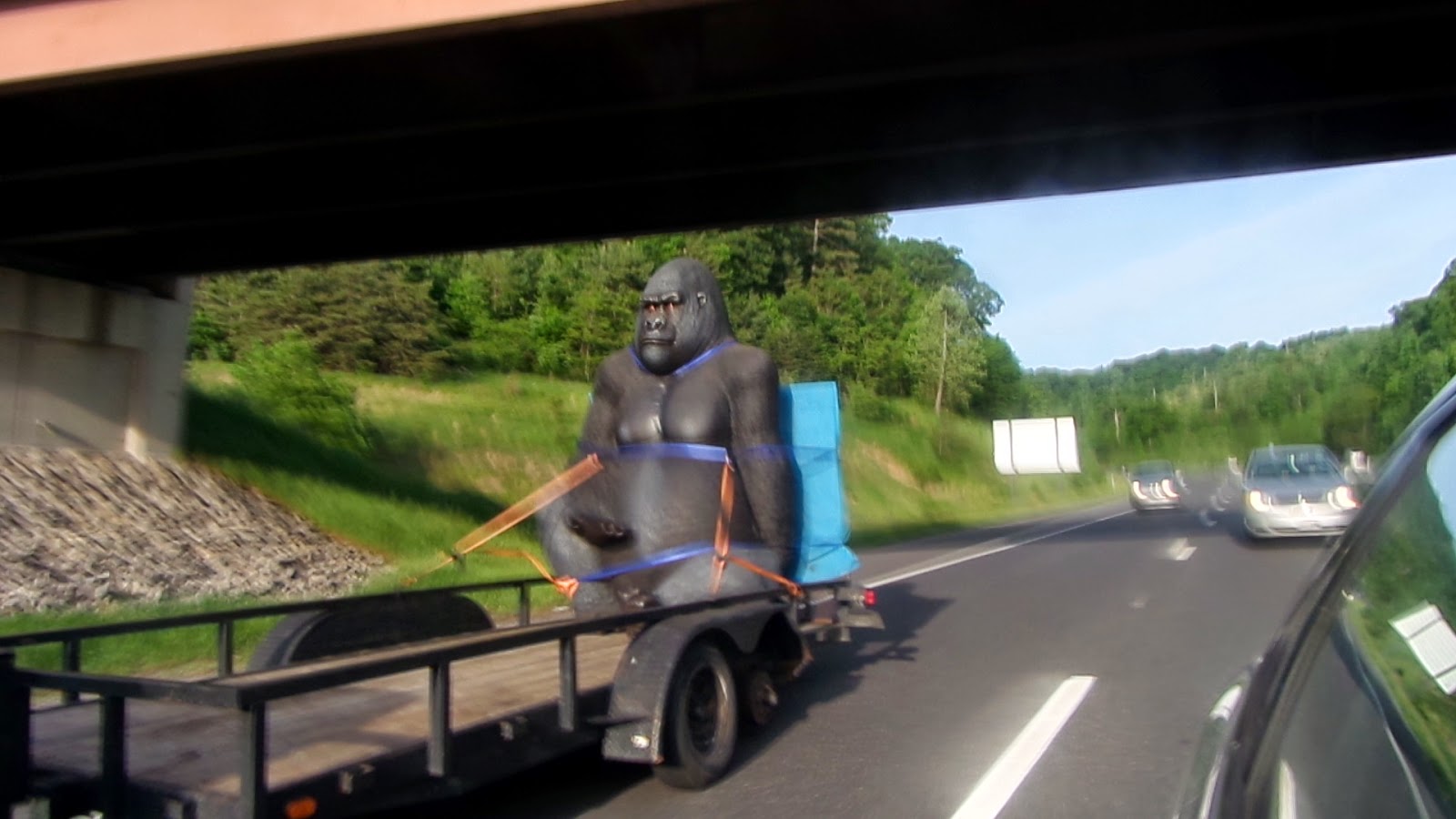 A tire blew on the trailer... 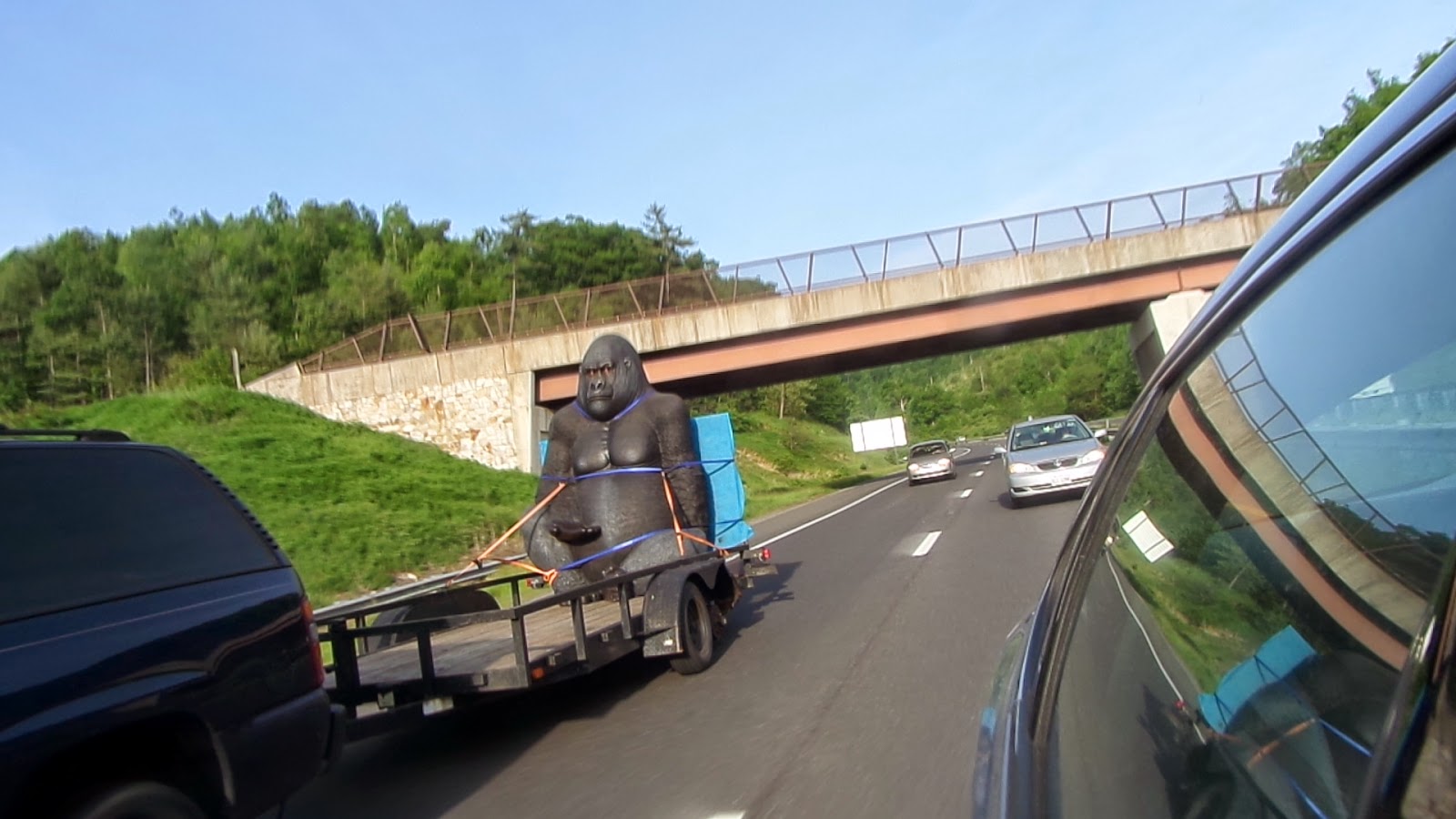 And many gawkers laughed and pointed at the 8 foot ape riding down the road.... 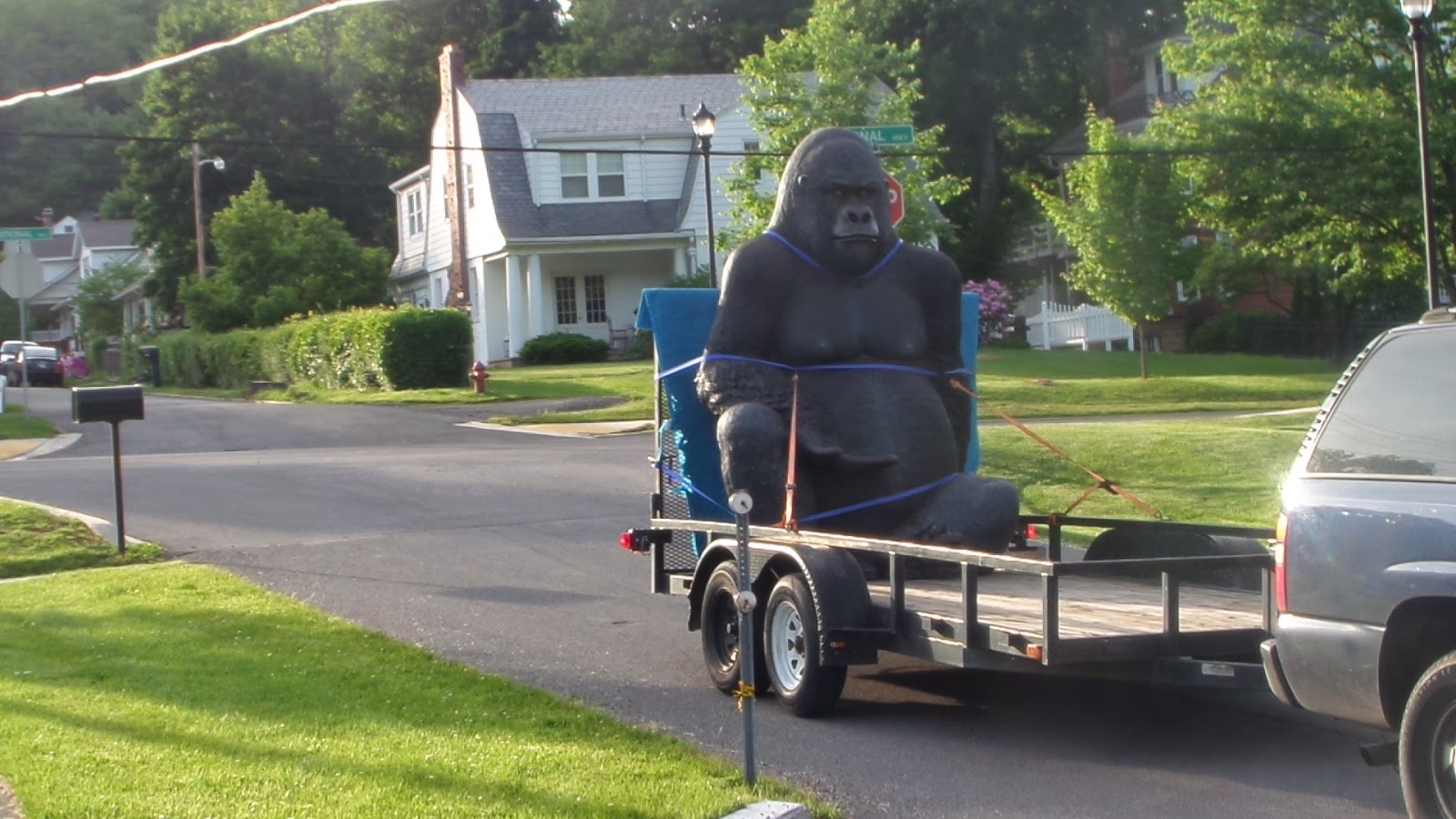 But he's home now.  A little angry, but he'll get over it. 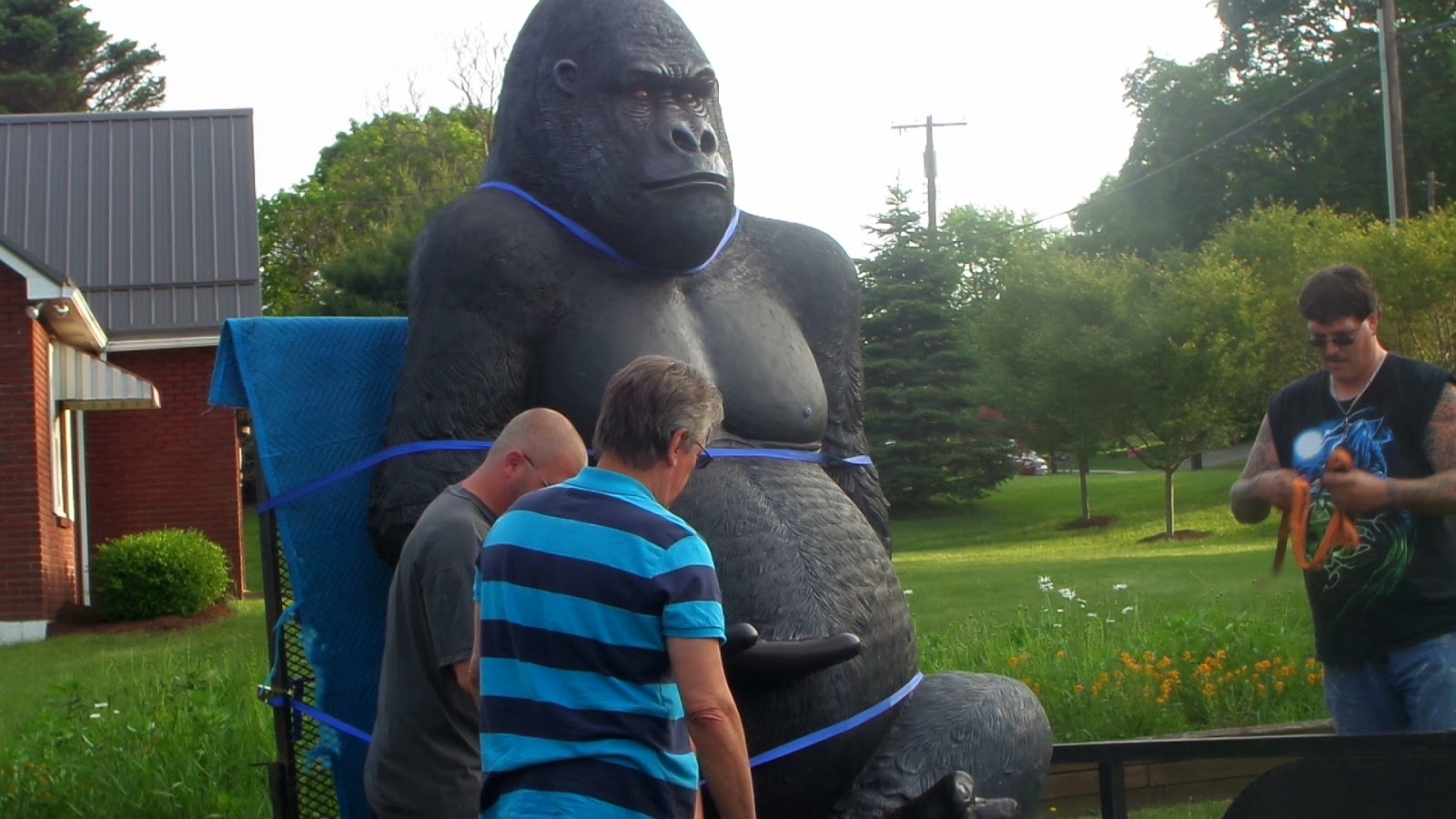 He is keeping an eye on things. 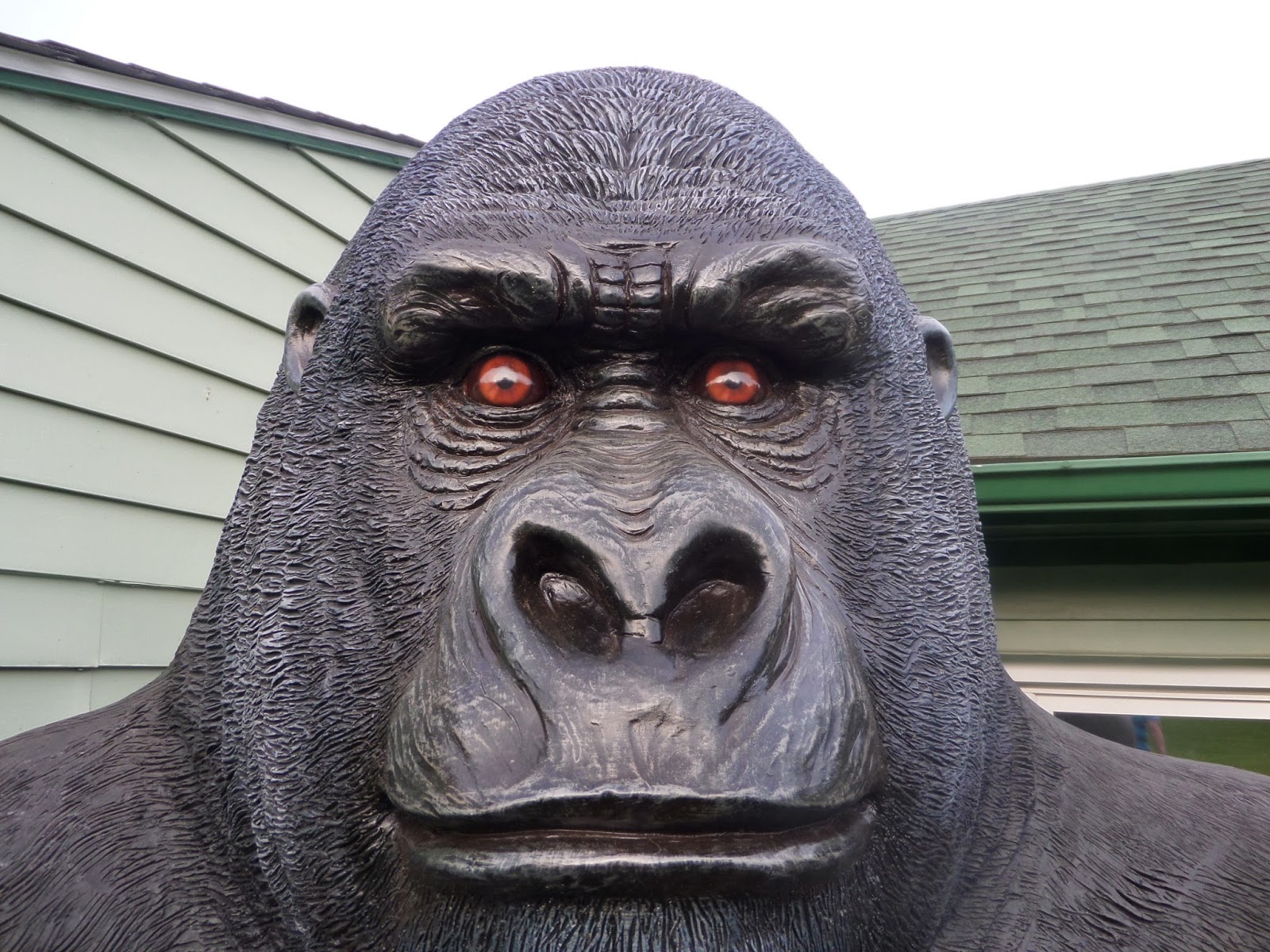 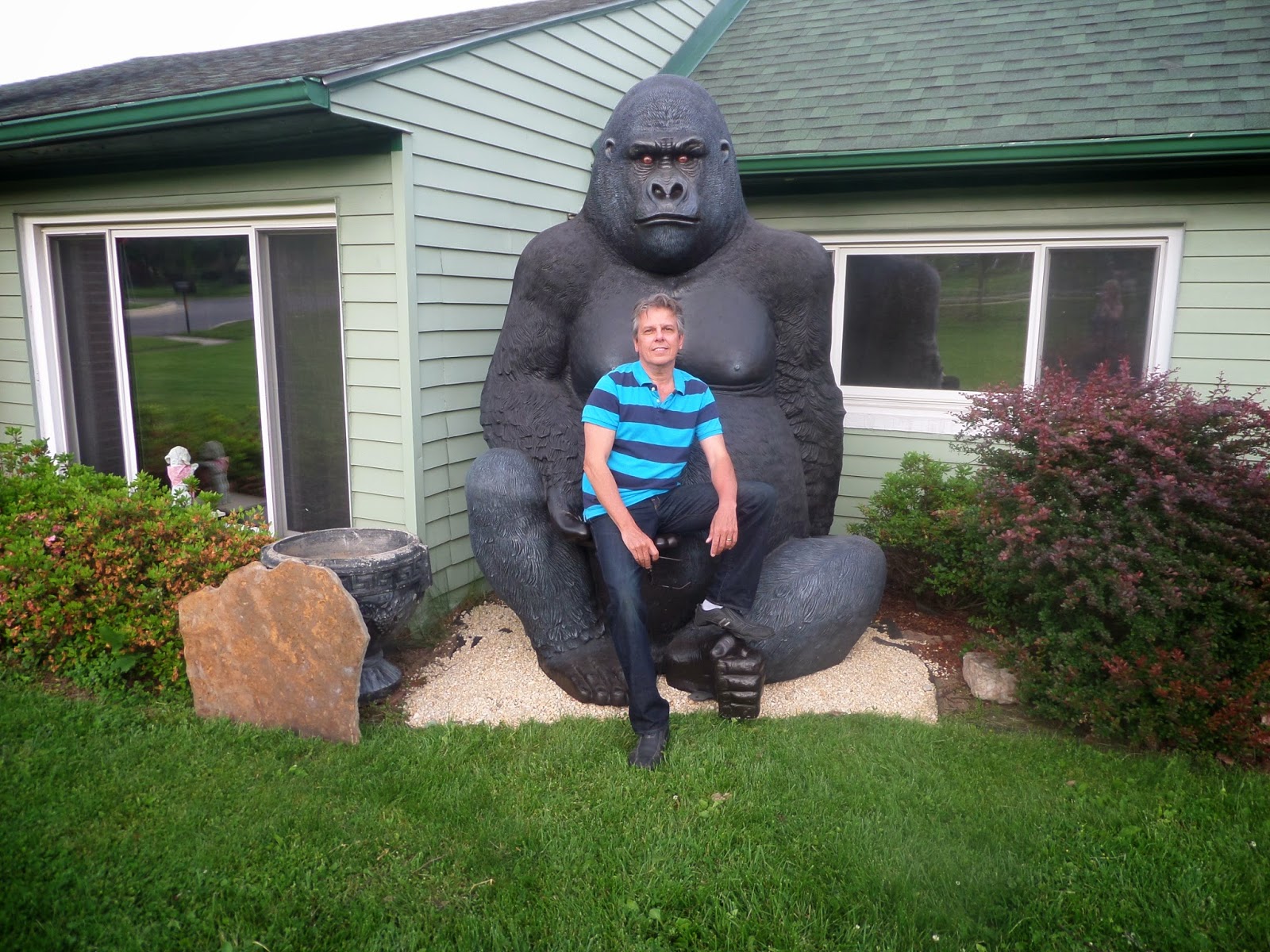 Gracie:  she will bark and lunge and go crazy over a tiny piece of paper in our yard.  But an 8 foot gorilla??  She acts like she has known him all her life.  Try as I may, I will never understand my dog. 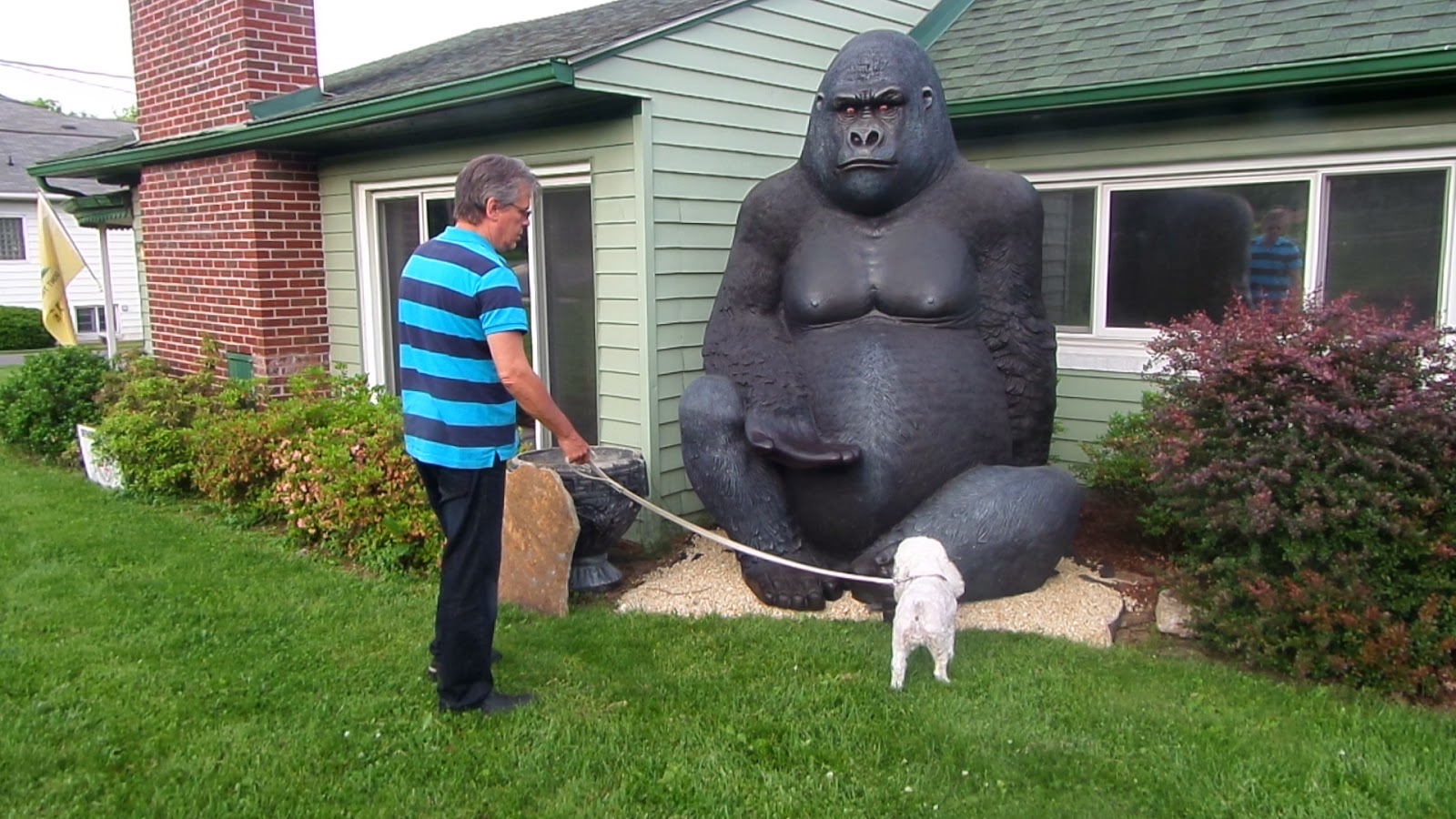