Yesterday's 100 degree temperatures invited a ferocious lightening storm later that evening...
It just so happened that Rissi was staying the night. 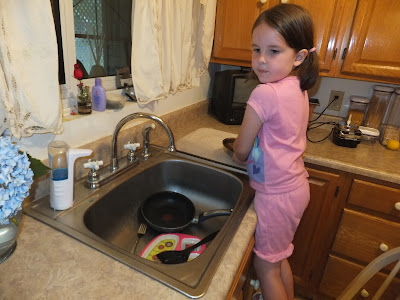 At around nine o'clock the winds howled and lightening struck repeatedly here... then there... then everywhere. 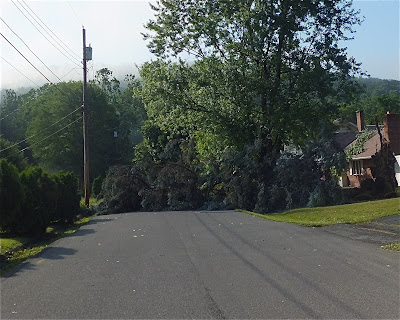 Trees bowed down, touching the ground... 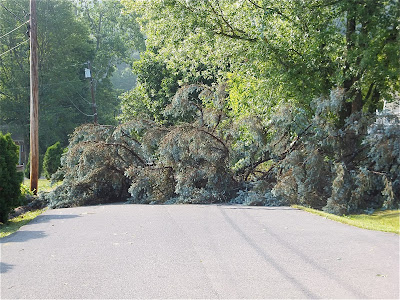 "Grammy, I'm afraid.."  Rissi said.  She held my hand tightly and Gary gave her a flashlight to hold since the lights were off... then on... then off... then on. 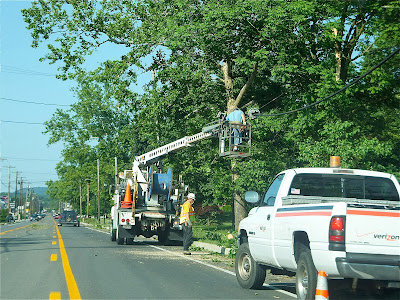 I grabbed Gracie and put her harness and leash on...  Just in case we had to make a run for it.  I was going nowhere without my dog.  So there I was. ..  clutching my dogs leash tightly in my right hand and Rissi's hand held tight to my other one. 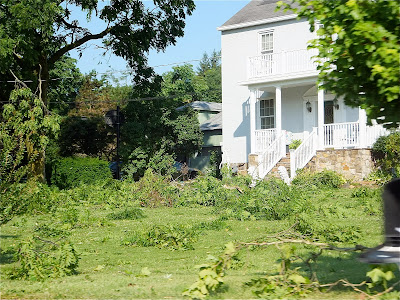 Gary did what men do...  at least all the men I've ever known... he went out in the storm to see what was happening. 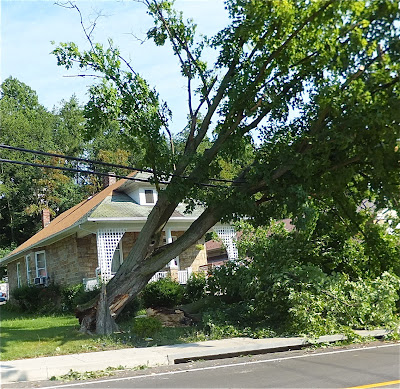 "Look at that!" He yelled.  I peeked out the window and the neighborhood was lit up like the fourth of July.  The sub station a few blocks away was hit and we could smell the smoke. 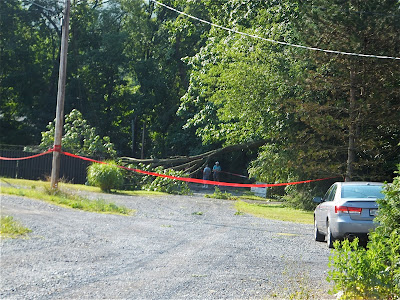 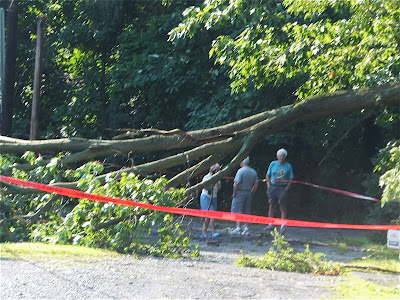 Rissi and I started to pray. 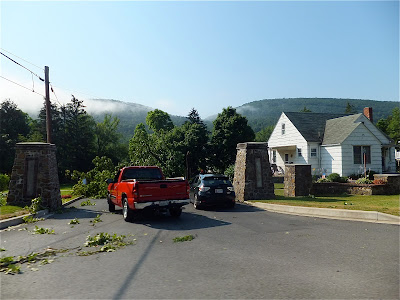 Then there was a calm... 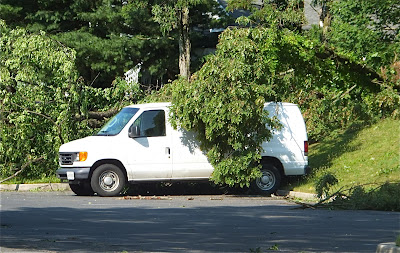 The internet was down.  But our lights stayed on.  Many others lost electricity. 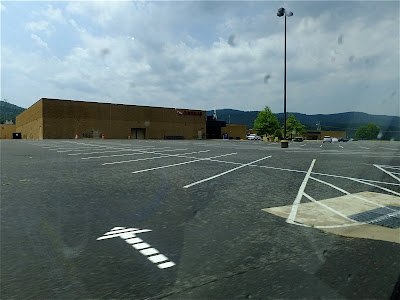 Today we thought we'd go to a movie but the mall was closed. 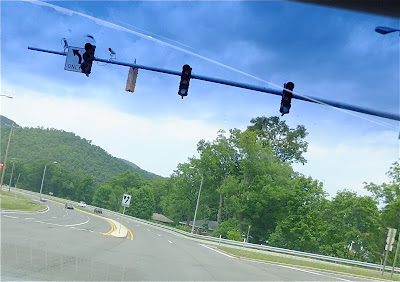 The traffic lights were down. 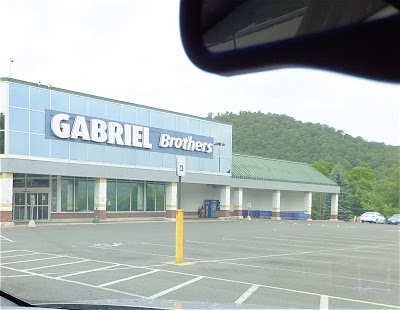 All stores were closed. 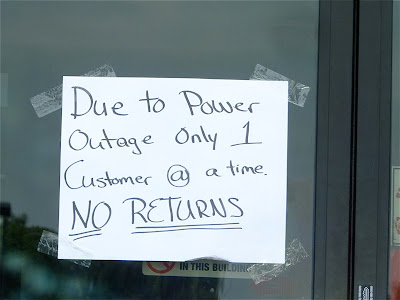 Tonight, many are still without electricity. 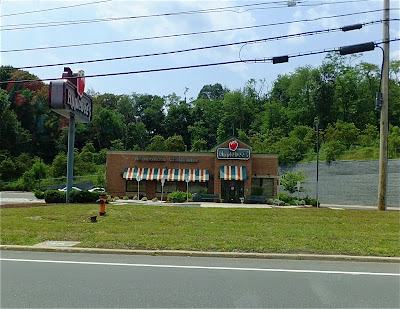 It was a terrible storm! 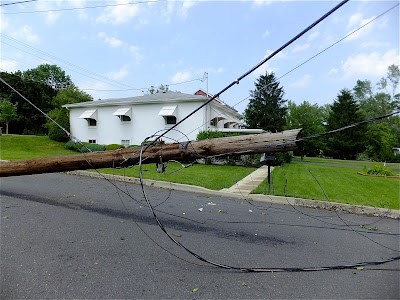 And I feel badly for those who were affected by it.. 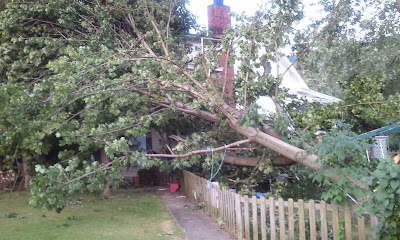 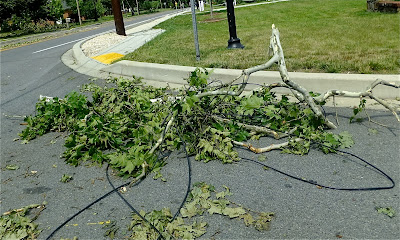 And fortunate that our home did not receive damage like so many of our surrounding neighbors.  And we have electricity. 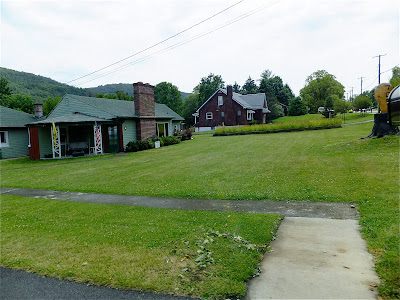 Dear Diary,  What a nut house I live in.  Last night, instead of letting me hide under the bed from the booms and bangs, mom decided it was best to take me for a mock walk.  When she put the harness and leash on me I'm like...  "No way woman!  It's doing some crazy stuff out there."  so she just walked me through the house saying something about maybe putting us all in the bathtub since we don't have a basement.  What? No bath for me, thank you.  And I especially don't wish to take a bath with you and the cupcake. Oh.. and Then tonight she  and Dad took me in the Buick so we could drive around the neighborhood and see how many peoples had lights on.  Duh. Is that stupid or what?  Gracie. 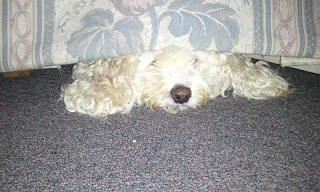