The Seeds of Love A Father Plants

I am Reposting this from Last Year in Honor of my Dad on Father's Day:

I wish I would have known my Dad better.  Often he would sit quietly, drinking a beer, and thinking about life.    Maybe he was thinking about how he would have enough money to feed his family of nine.  Or maybe about how tired he was after a hard days work.  Or would we ever be able to afford a bigger house than the 4 room house we lived in?  I was told a bathroom was added only after my mom encountered a snake in the outhouse one day.  I'm sure he had to borrow the money to do so.
I don't know.

These things I do know:    He worked hard as an electrician, and often he would work for nothing just to help a friend or family member.  He was a kind, quiet man.

I sat on the hot macadam tossing a stone into the air and watching it fall onto the tarry road, waiting patiently for Dad to come home from work.  It was my turn for the bucket, and I hoped he would have something left from his lunch in there.
"Do you want to play hopscotch?" Rita asked.
"No, I'm waiting on Dad." I said.
My stomach growled and I couldn't get my mind off what might be in the bucket tonight.  Yesterday had been my turn, but since Dad had eaten all of his lunch yesterday, my turn was carried over.
School had been out for nearly a month  and a calm, relaxed atmosphere had replaced the hectic one of getting up every morning and getting out for school.  My siblings and I were keeping busy with wiffle ball in the neighbors dirt driveway and picking berries along the hilly Cemetery Road where we lived.   There was lots to do, and the joy of it all was that we could do whatever we wanted, whenever we wanted.  Because school. was. out.  I loved those summers, thick with green leaves and fresh smells.  But mostly, I loved bucket day when it was my turn.

Dad's truck appeared just above the hill and I rose to my feet and brushed the dirt from my hands.
I felt a blast of heat from inside Dad's truck as I met him at the side of the road.
He looked tired.
"Is there anything in the bucket?" I asked.
"I think there's something in there..." he said.  I pulled back, careful not to fall over the embankment just above our yard, and waited.  Dad got out slowly and handed me the hot, metal bucket and I ran down the hill and sat under the cool of the maple tree.  There, I carefully opened the bucket and finished what was left inside. 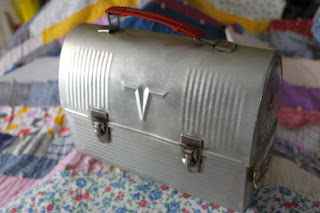 Today I remember Dad who has been gone for close to 40 years. I remember the tremendous amount of love and sacrifice behind his saving a part of his lunch for us every day.

Who would have thought that half eaten, soggy, minced ham sandwiches, baked by the sun, and a melted lunch cake in a tin bucket would become the best of memories? 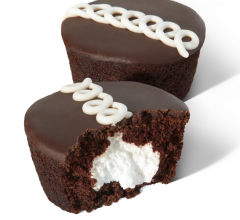 I remember less and less about Dad as time passes on. There are, however, memories that are a part of who I am.  A part of who I have become because of the love that was showed me back then.

I never really looked at Dad’s face when he handed me the bucket.  If I had though, I have a feeling I would have been looking into the face of the greatest man I'd never known...

Dad, I miss and love you and thank you for all the sacrifices you made for us.