Thanks so much, for all the prayers and well wishes for safe travel on our trip to Annapolis.
It's good to be back!  I've missed everyone the last few days.  I was kept busy though.  On Thursday we left for Annapolis where we stayed with my sister, Angie.  We went to 'Mike's on the Water' for dinner.  Great seafood place!  We were impressed.  But what I was not impressed with was the new app that Angie tried to wow me with that was on her IPhone.
"Watch this!" she said to Gary.  "All I have to do is speak into the microphone and it will send you that in a text message".
She said clearly " Hi Gary, it's so nice to have you and Bobbi. I hope you come back again. Bye" 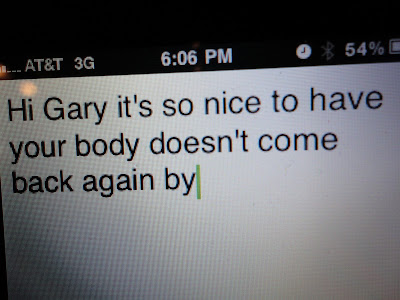 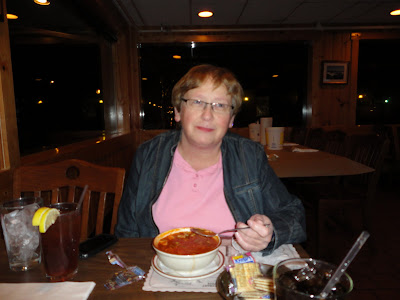 Gary had flounder and I had a crab cake sandwich and fries. 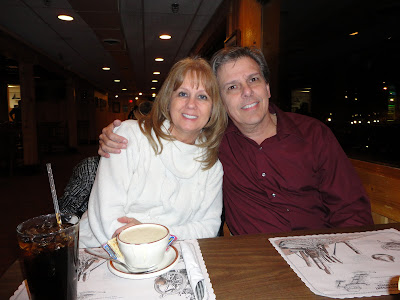 And a bowl of cream of crab soup. 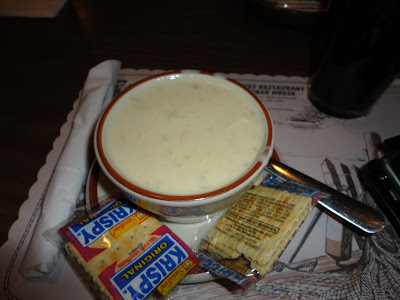 Prissy the cat was true to her name.  She watched as we left the next morning making sure we didn't make off with any of the antiques or vintage jewelry her mommy showed us the night before. 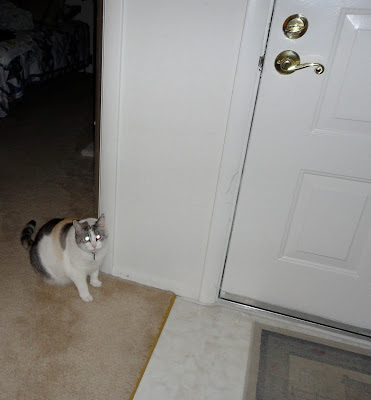 It snowed Friday morning, and Angie had her fingers crossed...  but shortly after 6 AM she found out school was on, and she was out of there and on her way to work. 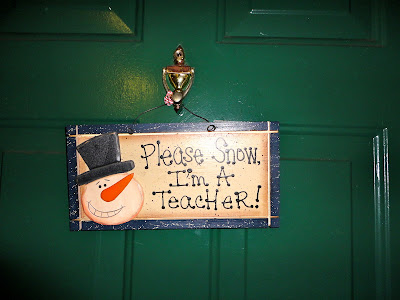 And soon after we were headed to Arundel Mills where I had a meeting. 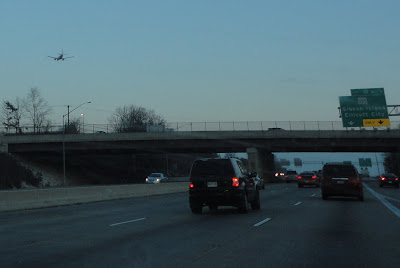 After the meeting we enjoyed the beautiful Arundel Mills Mall. 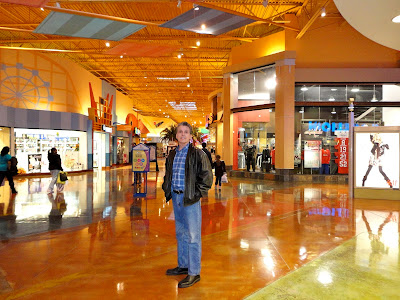 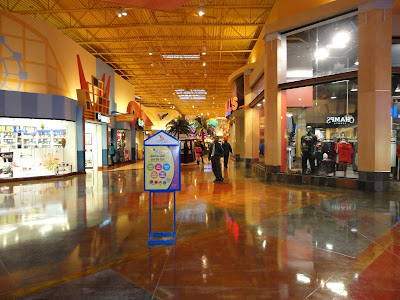 About our hotel.  It was nice enough.  But I was a little troubled with this message on the clean towels. Help Our Planet Thrive>  #1 states that the only towels they wash are the ones found on the floor.  So...  that means if the towels are still hanging they consider them clean.  That tells me that we may or may not be using clean towels.  I drug my own out of my suitcase. 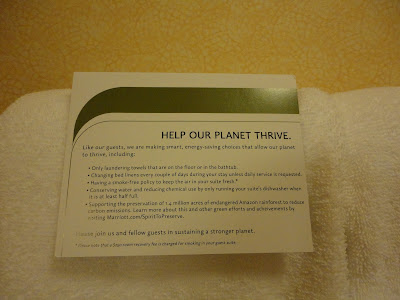 Gary thought it would be funny to sprinkle pepper over my side of the bed sheet...  in honor of my bed bug fear.  I pretended to believe him for just a minute, to humor him.
This morning we lingered at the hotel a while, then it was off to our boss's After-Christmas party... 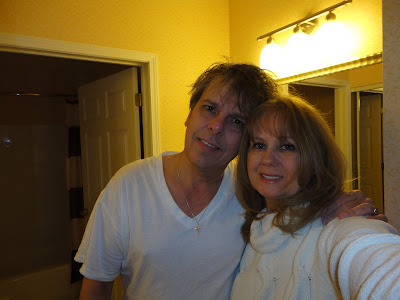 Where there were colossal shrimp and lots of meat.  And everyone seemed to have the dropsies.  Yes, that's crab dip on Gary's shirt. 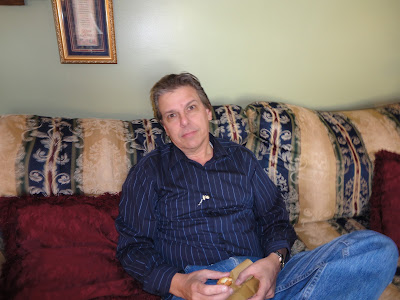 And George decided since nobody cut into his boston cream pie that he brought, that he'd take it back home with him.... 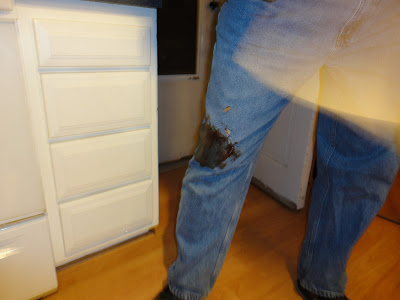 I don't think he meant he wanted to wear it home... 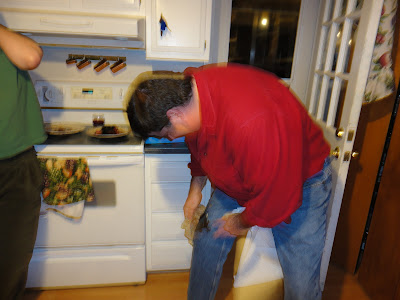 Uh-oh.  Looks like George's pie ended up all over his car.  No, there were no alcoholic beverages served at this party.... 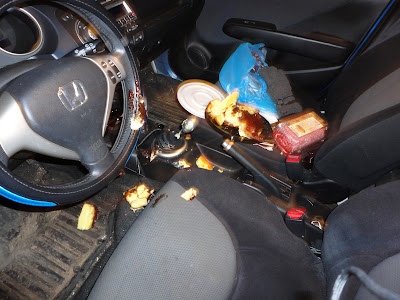 Gracie spent the last few days alone in between the times my daughter Lindsey came by to take her out to potty....  but mostly she was alone.
She got a new toy for being such a good girl. 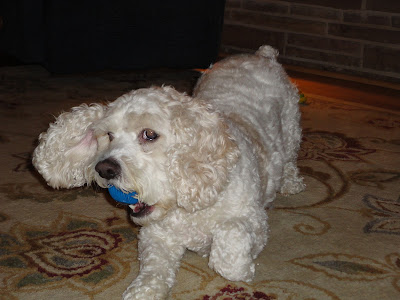