A Howl - O - Ween Tale of The Mysterious Visitor

Twas Halloween Day,
And a Howl filled the air.
A ruckus like no other,
Drew me outside in despair. 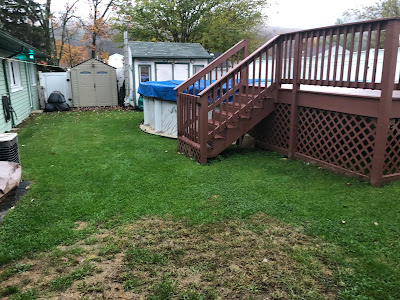 The morning was damp,
There was something weird found.
See that gate at the far end?
It lay over on the ground. 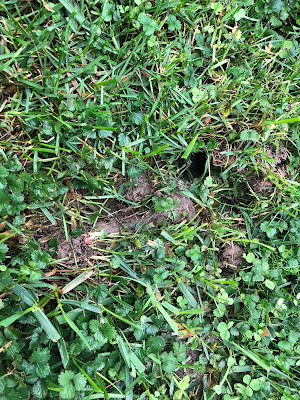 Sasquatch had been here?
Or a deer or a bear?
We searched the yard over,
There were clues everywhere! 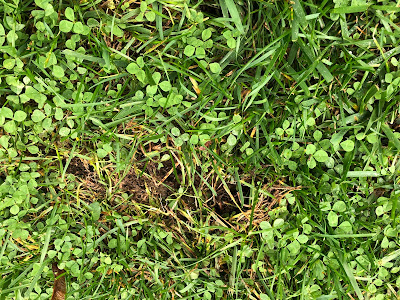 The blood on the fence
Resembled a large creatures paw,
Aha! A bear probably, maybe,
Or a raccoon - real tall! 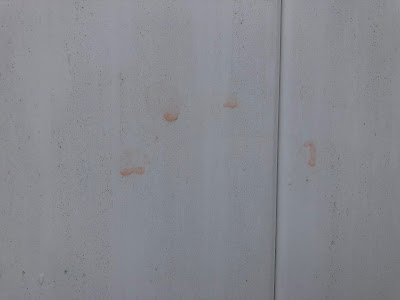 More blood on the fence,
Poor thing must be hurt.
I searched for more clues,
And found lots in the dirt. 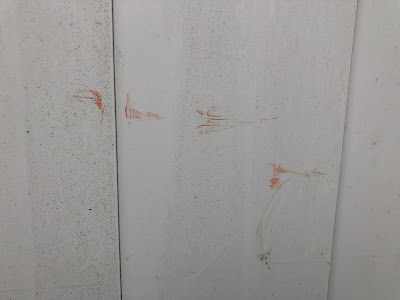 See the panel now taped up,
To keep together the gate?
Well that panel was kicked out,
So this thing could escape. 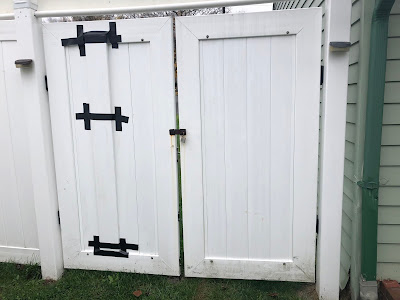 But it could not get out there,
What would it's fate be!?
So it pawed and ran wild,
Kicking the other gate free. 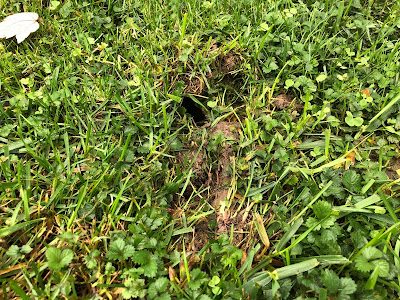 Yes, Halloween morning,
Remember the date.
When something peculiar,
Jumped our 6-foot gate. 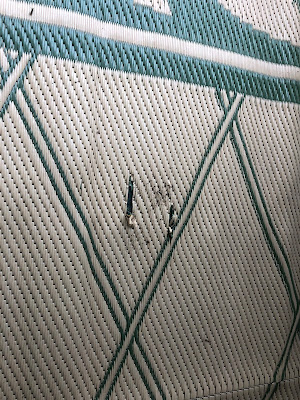 It came in with a whooooosh,
And soon it was gone.
Leaving us puzzled,
As to what really went on. 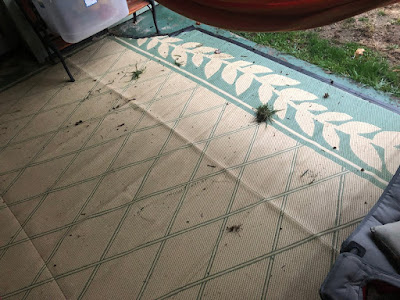 I'd just been out to pee for the morning, and back inside when Mom and Dad started running around the house like mad-peeps.  Something was happening outside!  I wanted to go out but they wouldn't let me.  Mom said I dodged a bullet.  She said I was one lucky dog! She said I had an angel watching over me and that if I would have stayed outside one more minute that I would be history.  I'm not sure what all that means but I don't want to be history.  I want to be Gracie.  Gracie. 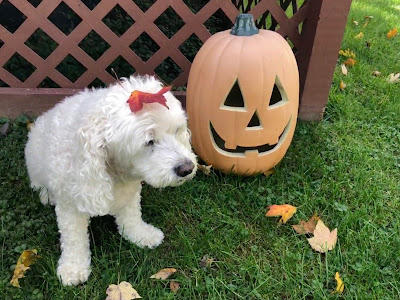