Dear Diary,  The day started out good.  A little R&R with Dad and then  some outside sunshine.  I was luvin' life. 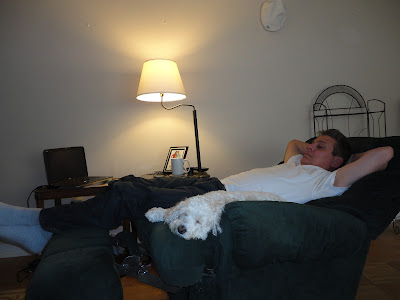 My outside potty time was a little longer than usual.  That's when I became suspicious.  Upon being left back in, I ran to the back door and sniffed at a familiar scent underneath the closed door.  Suitcases. 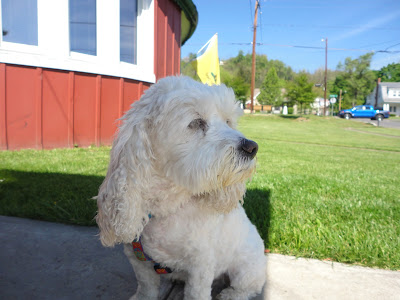 It was starting to come together.  The whispers from earlier...  'shh..  Gracie can't know we're leaving.  She'll puke like before'.   I mean, come on woman...  don't you understand that my nose and ears are super sensitive and I can hear and smell everything you're doing in spite of your efforts to hide it all?  Then, they disappeared.    Lindsey came by shortly after and cleaned my puke off of the floor.  She fed me and filled my water bowl with fresh new water.   I had once visited a paw-reader named Madame Snookie who informed me that if I ever wanted to conjure something up I just needed to lay my head on an item that was 'related or close' to that thing and voila, it would appear.  So I brought my dad's slipper into the middle of the floor and layed my head on it.  When that didn't work, I pulled his pillow off of his bed and brought it out into the middle of the living room floor.  Still nothing.  I pulled my mom's sock that was stuck inside of one of her sneakers and brought it out and put it in the middle of the floor.  Nothing. Apparently I was snookered out of 2 milk bone and a pig ear by the snookster.  Guess I'll just curl up on my chair and wait for them to come home.  *wipes tears from fur*  Gracie.

Dear Diary,  After Lindsey left last night, I drifted off to sleep and I had a nightmare.  I dreamt I had been replaced by another. 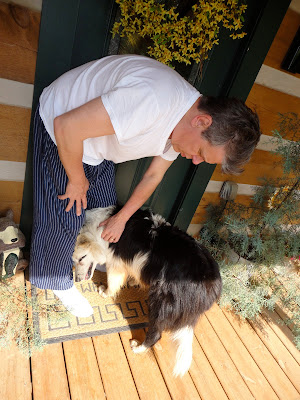 Worried, I got online and looked at mom's blog to see if there were any clues and low and behold, my suspicions were right.  They did leave without me.  A guy named Jim (who is now my BFF) tried to convince mom that I should go on vacation with them and that I should be given a chance.  I agree with him 100% and don't understand why just because I bark, lunge, and pace when one of them get out of the buick to go into a store that they would hold that against me when it comes to going on vacation 6 hours away.  They really need to give me a chance.  Gracie. 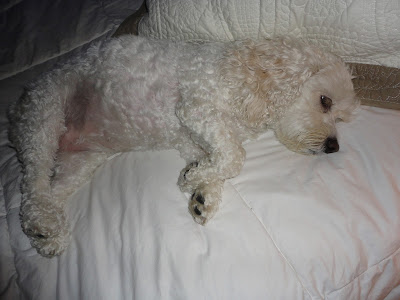 Dear Diary,  Another nightmare.  Another pup.  I guess I should make the best of things here with Lindsey and Rissi.  They seem to like me a lot, and Rissi fills my food bowl to overflowing.   I've always loved that kid!    Maybe I can eventually own them.  Gracie. 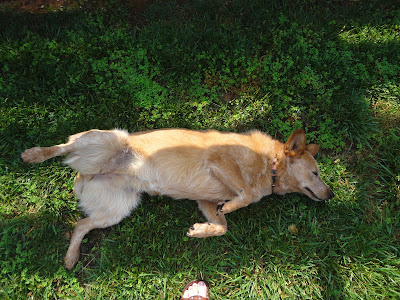 Dear Diary,  Mom and Dad returned home and they bought me the coolest beach towel!  Apparently Mom has had a change of heart and guess who'll be going to the beach with them this year?  **does victory dance** 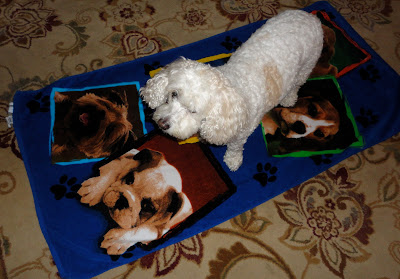 I was wrong.  Gracie. 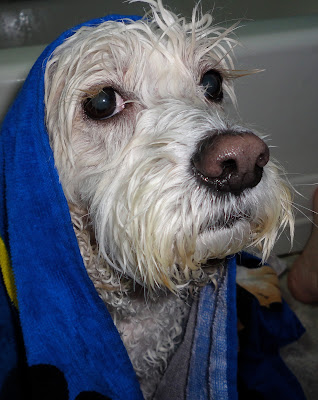