I had always feared that Gary would die without getting to see his youngest daughter again.

Those of you who follow my blog know about the past 6 years of anguish we've been through with the courts and the parental alienation that took place...

AND the reason there is a book that is being edited and will be published later this year, 'Gracie's Diary'.

Gary's birthday was on May 1.

Every year, I have the same dilemma.  What to get a man who has been jaded from years worth of hurt?

Then God gave me a boldness that I never thought I'd have, and I wrote to Athena and asked her if she'd participate in a 'surprise, belated birthday dinner' for her Dad.

It had been 6 years.

It was emotional.   A little awkward.

After dinner, we met at the cemetery where
Gary's dad was buried after he had died suddenly, 6 years earlier to the day.

Then we went to the house where Gary and his children lived when they were younger.  The nice gentleman who owned the house actually let us all go through...

...And there, Gary and his children reminisced.

It was the beginning of a healing.

The aftermath of a divorce can be difficult for kids.  Often they're the last ones to be considered.

Sometimes prayer is the only hope.

Thank you Lord, for hope. 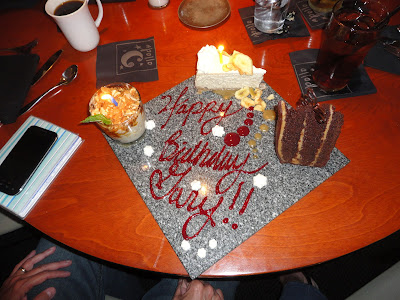 
The Nag Mom wonders why no slippers were brought to the middle of the floor this time when she left.  Well, woman...  maybe I don't miss you and dad anymore.  Maybe when you leave it gives me a chance to unwind, party, do what I want without hearing 'Gracie, what is your problem!'  Maybe I'm getting used to living alone.  It seems the nag Mom needs me more than I need her.  Gracie. 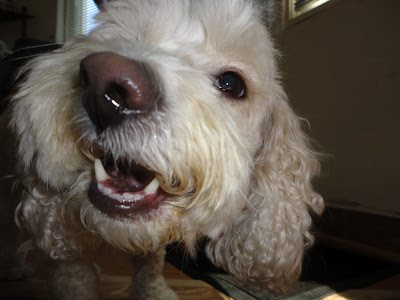