Pip and Puddles Come to Visit!

Mr. Pip and Ms. Puddles continued their world Bucket List tour today and arrived in style on the steam locomotive, Western Maryland's famous tourist attraction, as it chugged into town with the two celebrities onboard. 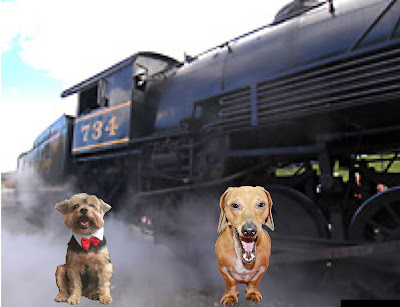 Not since Jeopardy's host Alex Trebek visited a few years back has there been such a stir in the Western Maryland mountains. 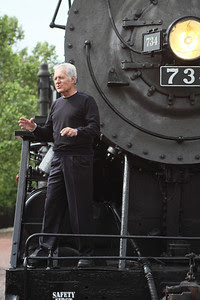 After a celebrity greet and meet at the station, Puddles car was delivered to her there and before you could say 'It's Groundhog Day' Puddles and Pip were at our door! 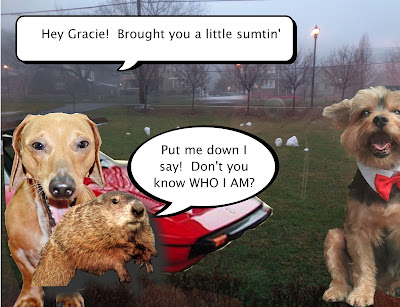 I told Gracie, no partying at our house!  (I've heard stories).  So the group took the party to Rocky Gap State Park Resort several miles east of us, where they rented a cabin, a Cheeto bubble machine, and a keg of Bud Light.  Gracie invited some friends to meet the famous P & P. 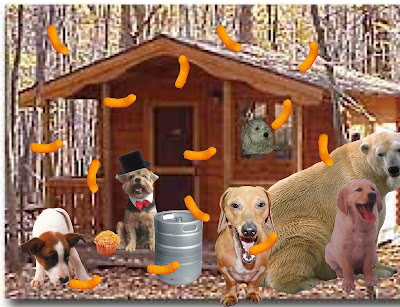 Wanting to cram as much into the day as possible, the next stop was Deep Creek Lake where the two put on skis and joined others at the Wisp ski resort.  Within seconds, Pip lost one of his ski's and then decided he'd rather be eating cheeseburgers, so the pair of party-ers shot out to Gracie's place for some late day partying antics before the paw-rents got home. 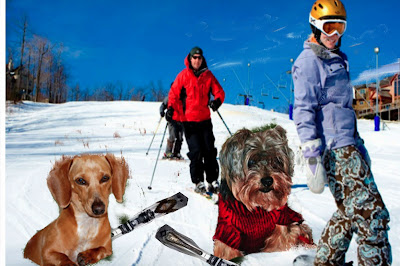 Since there were no chandeliers to hang from, Puddles did some ear-aerobics while Pip watched for the po-po. 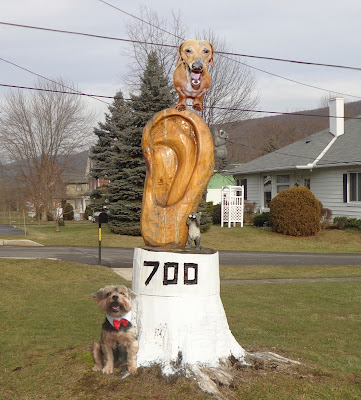 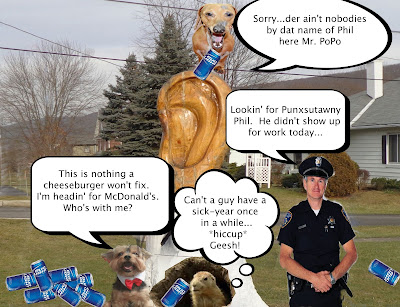 Being just a hop a skip and a jump away from WV seemed to bring out the redneck in the team as they partied hardy into the night...  Leaving just minutes before the humans returned home. 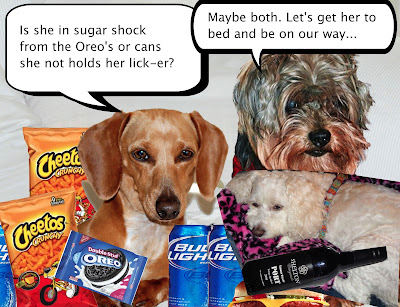 What a day!  I never knew what I'd been missing until Pip and Puddles came to visit! They taught me some pretty important stuff... like, according to Pip you can never eat too many cheeseburgers and Puddles showed me how to catch vermin. I have been coddled, protected and smothered all of my life.  And now...  I can only dream of someday when I can spend time once again with 2 of the funn-est, funniest, craziest friends I know.  I miss them already.  Gracie.