Dear Diary,
Christmas day was just what I suspected.  First came the antlers.  Then came the Christmas sweater.   I was appalled. 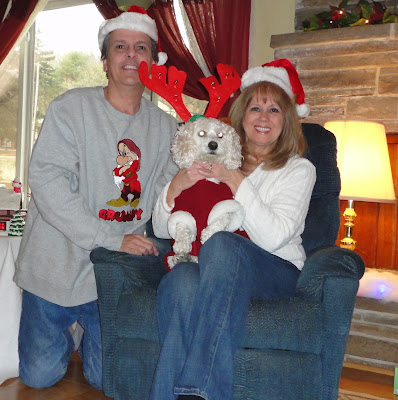 The Cupcake and Room Runner arrived at about 1 PM.  Then the chaos began. 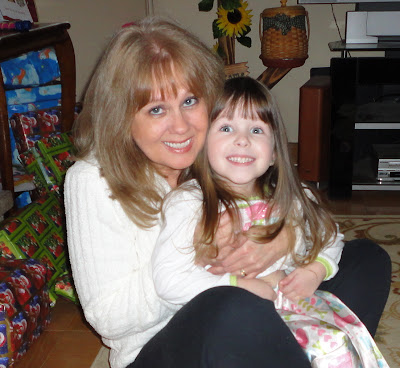 The Cupcake said that Santa got her just what she wanted, as she finished tearing open the last of her presents...  a Bouncing Baby Babbles.  I'm hoping she'll lay it somewhere and forget about it so I can chew on it's foot. 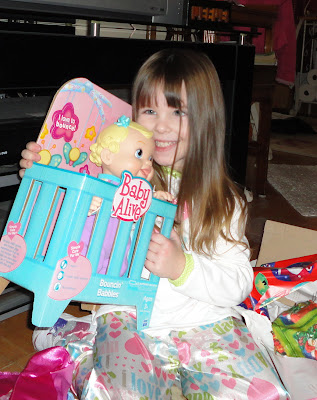 She also got a trunk full of different dress-up stuff.  Mom said she was a princess.  Whatever that is. 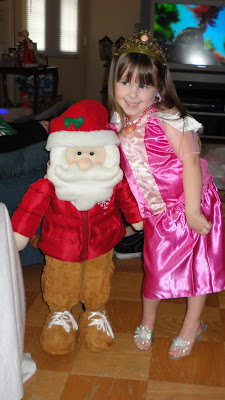 The Room Runner was wearing a pair of cowboy boots that I was a little leery of.  One kick from them and I'd be down for the count.  When he started chasing me I ran to Mom and she saved me. 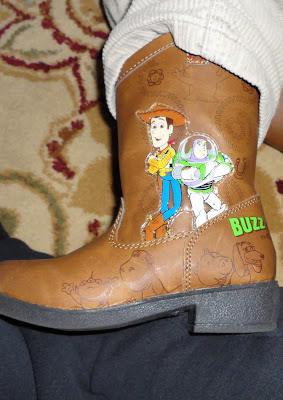 The Cupcake - turned Princess scuffed around the house in her new robe carrying a baby.  No worries with her... 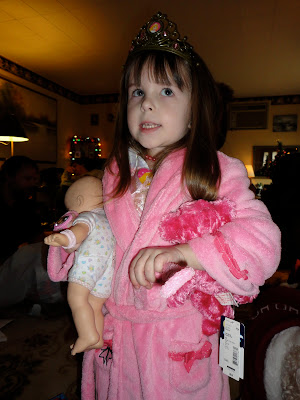 They all seemed to migrate to the village where Dad played train with them for the longest time. 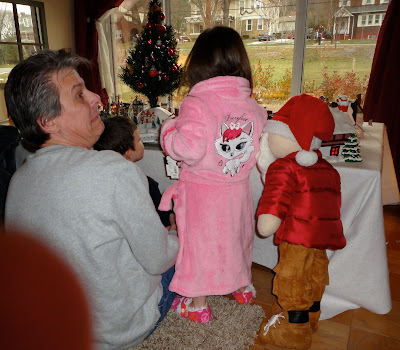 The Princess started going a little ballistics on us and began firing the Room Runners gun randomly at everyone in the room....  so unlike my Rissie...  I guess the temptation was too much. 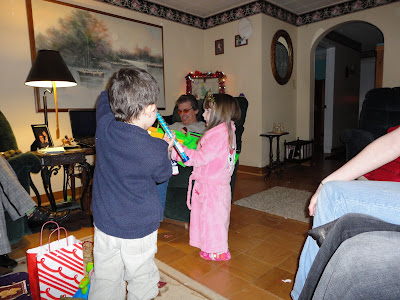 All the peoples got together for a picture and Mom insisted that I smile.  Honestly, the lady's nuts. 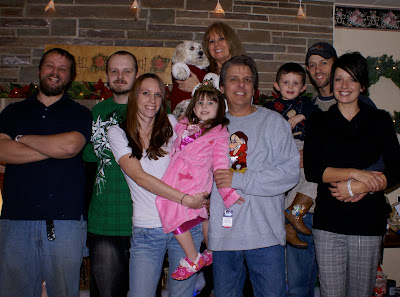 Wearing the sweater was tolerable since I did get a pretty neat Christmas stocking in return... 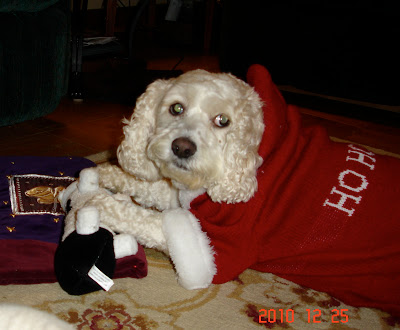 Inside was a cow that squeaks.  It must be made of some pretty good stuff, cause I've only been able to chew off the ears and one leg.  I'm no quitter though.  The heart (squeaker) is coming out!!! 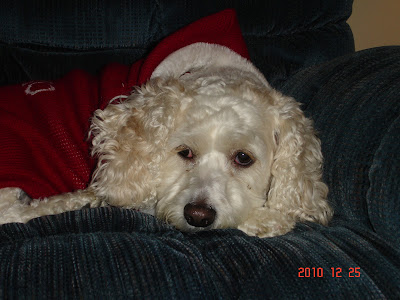 All in all, a pretty chaotic day. 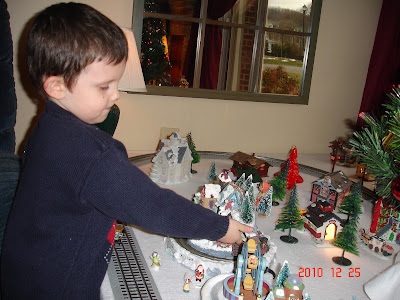 After hours of play, the Room Runner and Princess finally went home.  But they took Mom with them... saying something about stopping for Chinese. 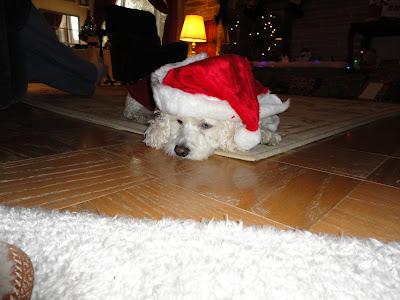 They didn't bother to ask me if I was interested in joining them.  And after I put up with their shenanigans all day. 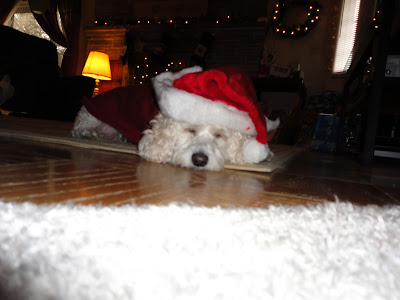 Oh well, the day's over now.  And I need to rest.
Goodnight.  Gracie.