Today I packaged up the magic and put it away.  Gone is Christmas for 2017.

But first, it was a weekend of fun for the grand-angels.  Every single one of them. 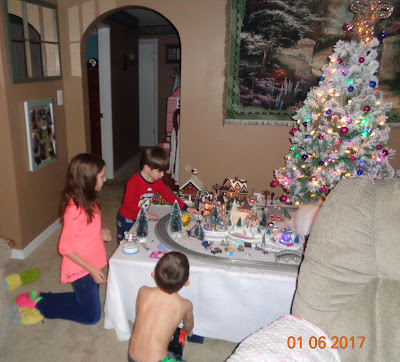 It's the first time we had all five of them together at once. 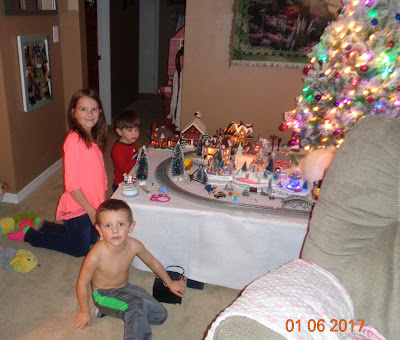 Much fun was had with the train and the Christmas village. 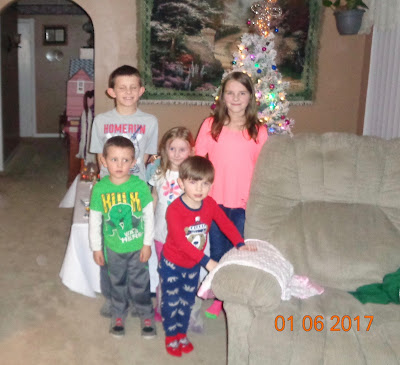 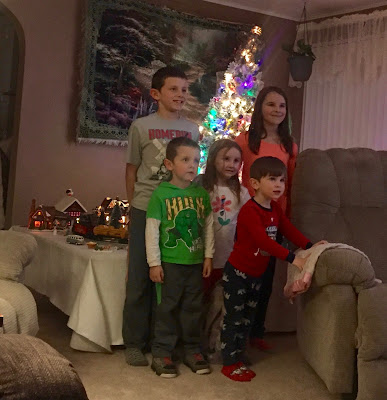 Then a little virtual reality play... 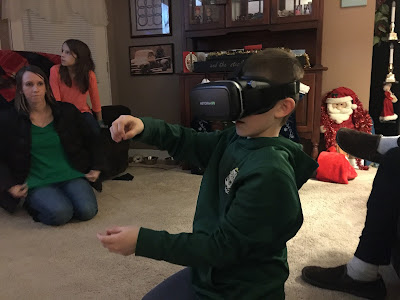 The kids put new meaning to paraffin wax treatments, dipping their hands in the warm wax under the supervision of daughter Lindsey. 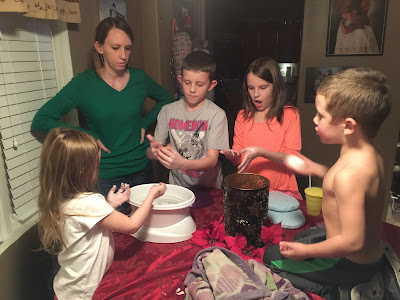 The tablecloth took a beating, or should I say a waxing...  but I was getting tired of that old thing anyway.  Next year if this world is still in place and Christmas comes again...  I will replace it with another. 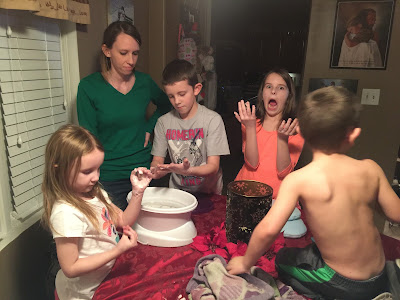 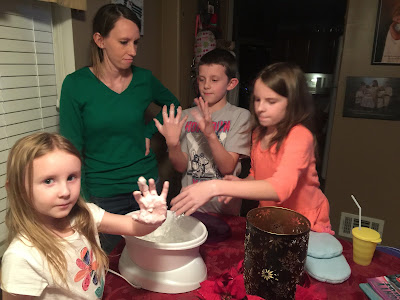 With much smoother hands, it was time to get back to the business of ice skaters gliding on the fiberoptic pond, kids sled riding and building snowmen,  lighted carnivals with musical carousels and wrecked trains. 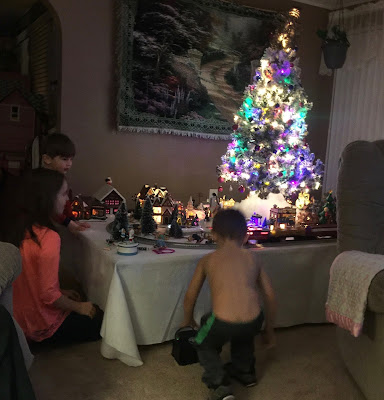 There's magic in that Christmas village.  I know, because I see it on the faces of those who gaze longingly into the life that lives beyond those tracks. 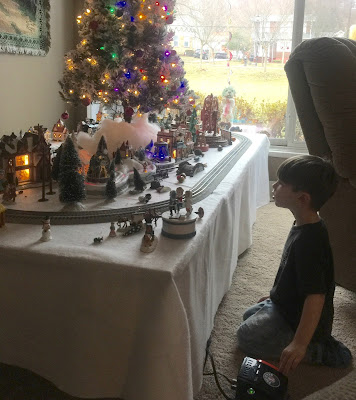 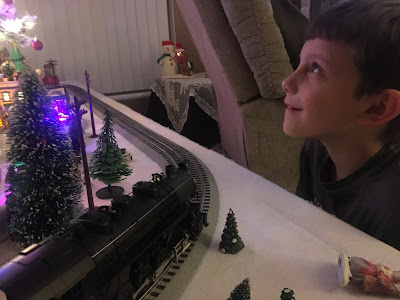 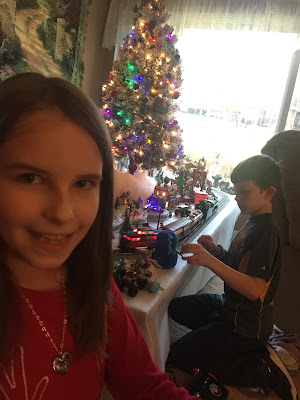 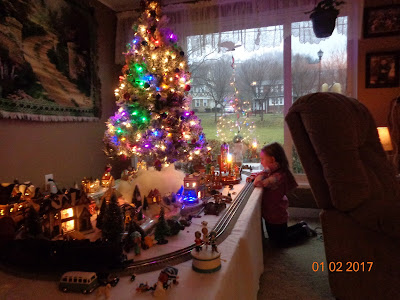 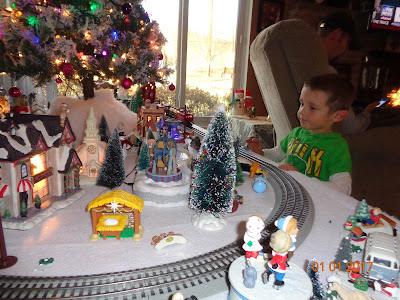 I hope the magic that is now stored away in plastic containers for the season is stored away in the hearts of these precious little people and that long after we are gone, they will remember the love that Pop-Pop and Grammy put into making Christmas special for them. 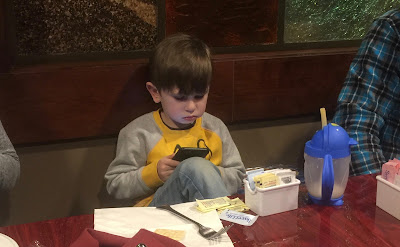 Saying goodbye to our NJ grand-angel was hard.  But sweet time was spent with him, and we are thankful for their visit and the opportunity to spend quality time with him and his mommy and daddy. 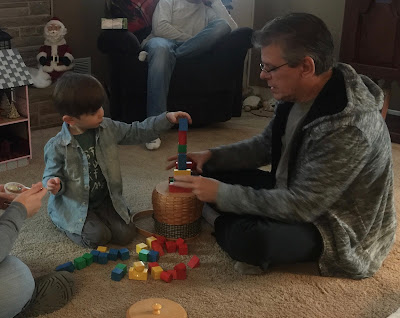 Finally!  Peace and quiet!  But hey...  I liked 'em.  Especially the kid.  He kept smiling at me and asking to pet me and saying I was white.  I liked that he noticed.   I felt special.   Gracie. 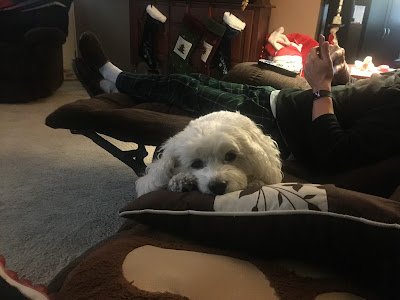