The week was almost behind us.  It was 6PM and everyone was to meet at our place at 7PM.

The couple with the most 'points' would win two one-hundred dollar bills.

I was not expecting anyone to fully complete the list but we had some die hard scavenger hunters out there and I was prepared to pay up if they all were winners.

Here is what I knew:

I knew that Jack and Jess had completed every task on the list and collected every single item.  This would make them winners.

I also knew that Lindsey and her family were one task short of completing the list, which, if she were to do that one last thing (ask a stranger to fly their kite) it would make them a winner as well.  The winning video for the Hayes family arrived just minutes before the deadline:

If prizes were awarded for creativity and enthusiasm, Jess and Jack would have won, hands down.


The 'stuff' that was collected was placed on the table and a tally was taken. 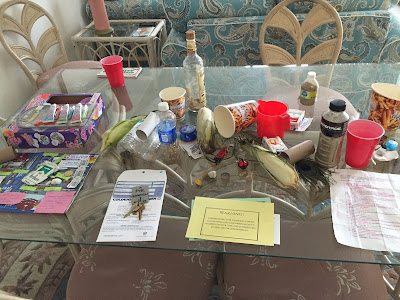 The winners:  Jack and Jessica 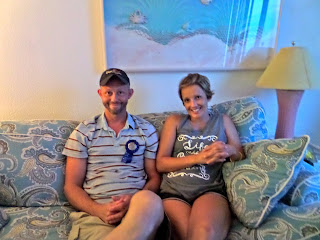 ....And The Hayes Family 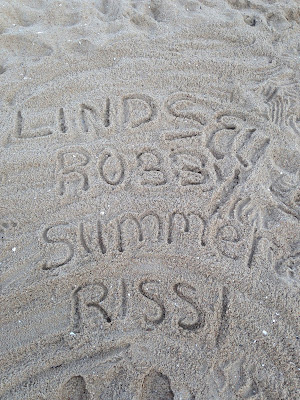 Athena and Jake were two items short of a tie for first place, so they went home with an honorable mention and a hundred dollar bill. 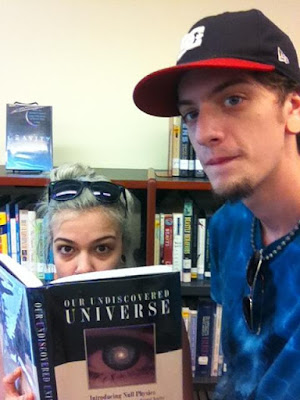 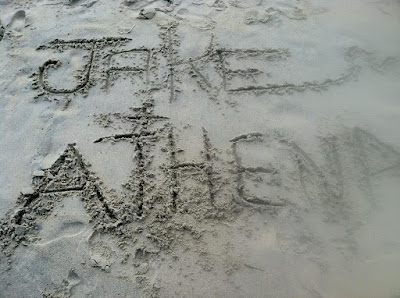 The others, Jason and Allison and Stacy, Vin and Grey, also received honorable mentions for their efforts in the hunt. 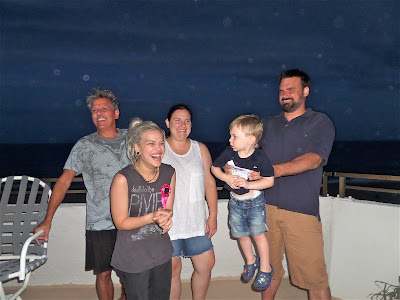 It was a fun week and a vacation that will go down as one of my favorites!

Family laughed together and learned more about one another.  Couples were drawn closer.

Here are all of us, our last night together after OC Scavenger Hunt 2015: 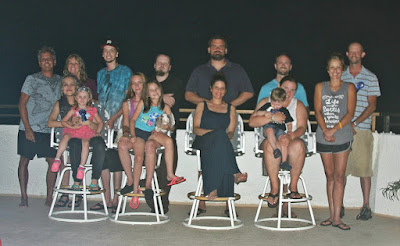 Side Note:
Missing were my middle son, Justin who stayed home with Gracie and my two precious grandsons Jake and Jasper.  Hopefully they will be there with us next year to share in the fun!

Dear Diary,
I have spent an entire week with Justin.  Mom and Dad have left me to go on vacation. I am not happy about this and will never speak to them again but will forgive them if they bring me back a toy and a treat.  Gracie. 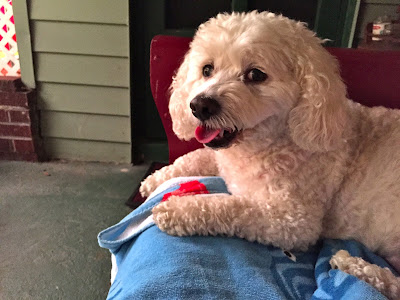