When we found out that our good friend Blaise Delfino was opening for Ryan at the Main Gate in Bethlehem and later at the Sands Casino and Resort....  we thought...  hmmmm
Let's see if we can make this work.

So we contacted Blaise, he got us tickets, and he promised to introduce Lindsey to Ryan for a photo and autograph.

Jessica (my daughter-in-law to be) and Lindsey drove separately and stayed just one night.  Gary and I stayed two nights.

Ryan didn't show up at Main Gate.  His plane was delayed or something like that.  Lindsey was disappointed.

But he did show up later...  at The Sands.  We had rooms at The Sands Hotel so we were ready to party!  (NOT!)

It wasn't until around 12:45 AM that Ryan finally appeared.  He sang a few songs, then Blaise pulled him aside to get pictures with Lindsey (and Jessica).  Lindsey was elated!!
She later got Ryan to sign her ticket for Marissa who had asked her Mommy to get Ryan's autograph for her.  He asked if she had a picture of Marissa and she showed him her picture.  He said, "She's really cute!"  He then told Lindsey she should bring Rissi to the 'make-up' show whenever it was scheduled.

We were up past 2AM!  The Casino was very much alive with gamblers and partier's as we made our way through the crowds and down the hall to the elevator and then to our hotel to quiet, peaceful rooms to call it a night.

We had a fun couple of days! 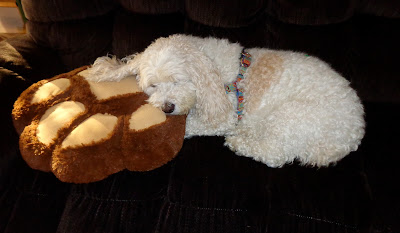