Before leaving for the Springs Festival yesterday, we went outside to 'decorate' our ear for Breast Cancer Awareness month.
_ _ _ _ _ _ _ _
What I am about to tell you is going to sound really strange and you may even change your opinion of me from
nice girl with nice blog
to
wacky woman with strange ways.
Okay.  Here goes.
A while back, I read a book called Running With Scissors and I thought it was funny.
(Strange, already.. huh?)
The weird Psychologist who was one of the books main characters had this 'thing' where he thought...
If he did a bowel movement and it stood straight up, it meant the family was going to come into a lot of money.
Hey!  I didn't write the book, I just read it.
Anyhoo...
After reading this book and yes, I even watched the movie...
Just for fun - I started to predict our wealth by examining Gracie's poop after she was done doing her business.
If it was standing straight up - Monetary gain
was just around the corner.
You're doubting my mental state of mind about now... aren't you?  Well, let me just say that for every straight up poop I discovered (thank you, Gracie)...  we would somehow come into some money soon after.
Hey...  don't judge me.
So...  moving right along with my story....  as Gary was tying the pink ribbon around the ear, I saw a strange sight about a foot away from the ear.
At first...  I thought...  Gracie-girl!  Way to go! 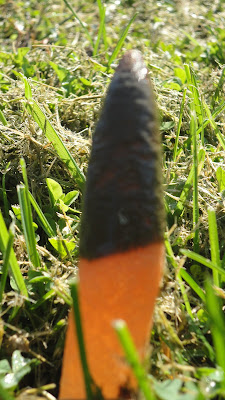 We are going to be rich! 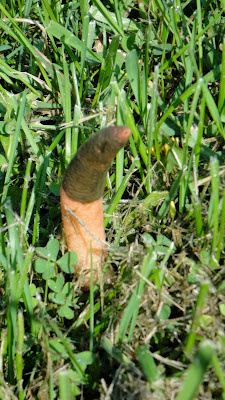 Below, you will see Ricky Raccoon watching for the Wagon.  You know...
"They're coming to take me away...
ho ho... hee hee.. haha... to the funny farm.."
Do you remember that song? 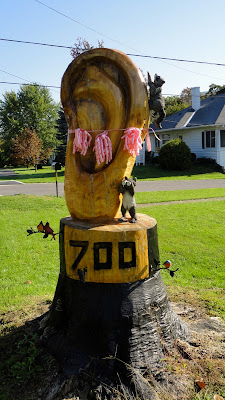 I did a quick pose for our decorated ear... 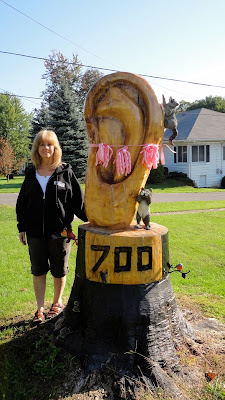 Then I showed Gary Gracie's poop.
He knew right away that it was some kind of mushroom. 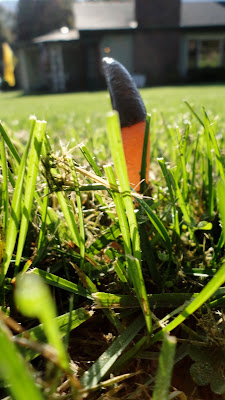 And so I googled it, and sure enough...  I found something similar under Fungi photos. 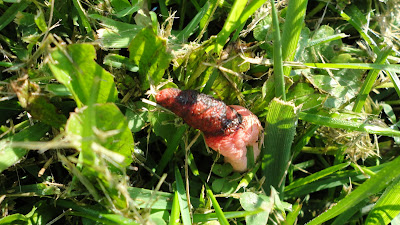 There were other little ones growing around it. 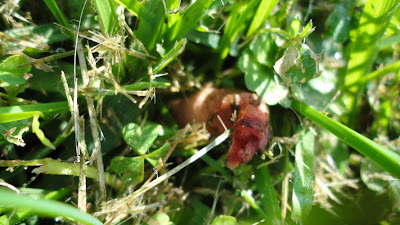 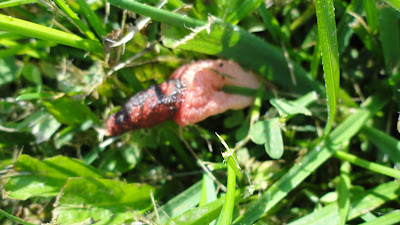 Mushrooms, eh?
So now its back to the drawing board.
Dear Diary,


Just when I think my mom can't get any more stranger... she does.  She's out back with a flashlight..  'poop, gracie' she says.  'and do it very slowly..  and don't move away too quickly'.
LOONY TOONES I'M TELLIN YA.  LOONEY TOONES>
Gracie. 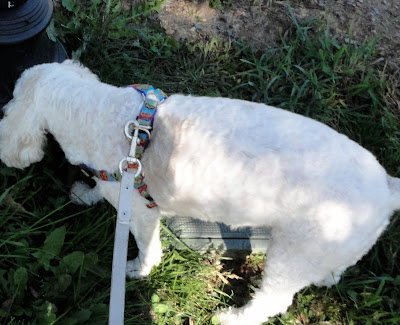