My philosophy has always been, if it's not broken don't fix it or if you are not having a problem, don't go looking for one.  The following procedure I did finally for my husband who has been bugging me to do this ever since I turned fifty (so many years ago).

I am usually a rule follower.  But this particular morning (Friday) of last week, I broke that tradition and I refused to finish this extremely nasty concoction in prep for my very first (and only) colonoscopy. 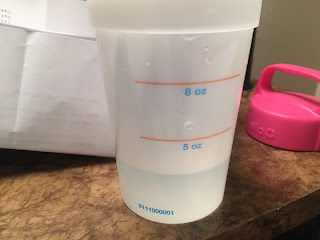 Nothing but liquids the day before the procedure.

I barely got it down.  But when I did, I felt as though it would not stay there.  After it settled, I started drinking the fluids.  40 oz to be exact.  Then I waited.

All HECK broke loose about two hours later and I felt as though a bomb exploded inside of me.  It was not a pretty sight.

No sleep was expected that night so you can imagine my delight to have nodded off for a good 45 minutes before urgency sent me flying to the john in those wee hours of the morning on Friday.

I had heard that the prep was the worse part.  My doctor said it was a piece of cake, not to worry.  This, why I do not totally trust doctors.

I took another sip.  My stomach began to churn and bubble up.  I concluded that I was not going to be able to do this.  At that point I thought maybe I'd do what I refused to do earlier.  I googled.

But still.  I had 4 oz left that I must finish and I better hurry because by 5 AM I needed to be finished the POISON and 24 oz more of water!

I felt like such a failure.  I wasn't even able to finish half.  I decided I'd call the surge center in the morning and let them know I just couldn't do it.  It seemed a shame since I was more than half way there.

No worries.  I guess I was prepped enough, which made me think...  the second dose of that POISON was over-kill...  and speaking of kill, I thought I'd die if I had to drink one more drop.

At 8 AM the nurse blew a vein and tried again to get the needle in my hand to hook me up to the IV.  Finally success.  A talk with anistheseology and a brief waiting period and before you know it the team of nurses were telling me to roll onto my side and then everything faded.

I opened my eyes to good news.  I passed the test.  I was barely able to stand to dress but they shipped me out the door and I was soon home and the nightmare was behind me.


No nightmares for me.  Only sweet sleep.  Gracie. 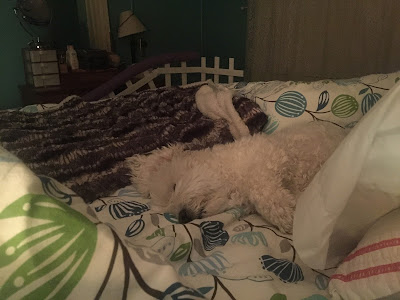