Divorce is Hard On Children

My weeks vacation time is almost over.  So what have I been doing with my time off, you say?
Well...  it started off with my bad back.  I was in agony for the first couple of days so that doesn't even count.

My main purpose for this week off was to work on my memoir and get it close to being finished.  Every day I lounged around with no makeup on  and and still in my pj's at noon, it was heavenly. 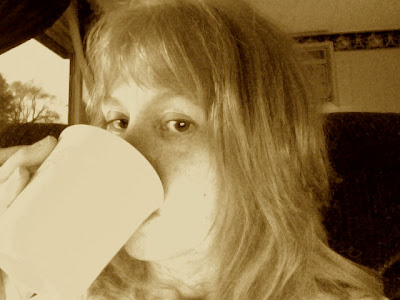 For those of you who don't know, my hubby Gary has been a victim of parental alienation and was drug through the most horrible four years worth of hell imaginable....  And I have been working on a book for almost that long.

Divorce is hard on children, but when one goes through what his daughter Athena went through - this is child abuse.    My  book is about divorce and it's sting on our children.  It's about mistakes made and lessons learned.  The Title: Gracie's Diary, A Memoir.  It is 76,000 + words.

My book will be published.  It may not be a best seller,  but it's the only thing I have to offer my hubby that even comes close to healing some of the hurt.  I've worked on it for the past 3+ years because after watching what was going on and not being able to help,  I needed to have some kind of an outlet.

Through writing this book, I've discovered why divorce is wrong (in most cases)... including my own.    This book tells it like it is.

Chapter Nine
How Much Is That Going to Cost?
Gracie had been a member of our family for over six months and still didn’t get the house-training thing.  When she had to go, she mostly did it on the floor.  Knowing it was something that caused me to go into a soft rage, she started doing it secretly.  Random yellow spots were showing up mysteriously on the white carpet under the coffee table and behind the chairs in corners.  Every time we discovered a new stain Gary reminded me of the cost of the carpet.
The Money Pit with Tom Hanks and Shelley Long was one of my favorite comedies of all time.  But what I wasn’t finding amusing was the connection we were starting to make with that movie, as we began to fix what was broken in our new bargain home.
One of Gary’s biggest peeves was the mindless electrical wiring throughout the house and into the basement, apparently one of those West Virginia specials.  The kitchen switches turned the basement lights on and the living room switch turned the kitchen light on. After all this time we weren’t quite sure what the basement switches were for.  It was a real mess, and would have to be rewired.  Gary’s words were sounding like a broken record.   “I wonder how much all this is going to cost…”
I tossed my right foot over the gate that separated the kitchen and living room, careful not to spill my hot tea, and down I went. You’d think Gracie would be used to us falling all over the place, but away she ran cowering into her cage in the far side of the kitchen.
“Ouch!”  I muttered.  Trying to keep from crying, and pulling myself up off the floor, I bit my lip and said softly, “Darn gate.”  After locking Gracie in her cage I started to clean up the shattered glass and tea that had made its way throughout two thirds of the kitchen and part of the living room.  Gary walked out from the bedroom slowly with his hands in his pockets.
“Are you okay?” he asked.
“I’m fine.”
“You need to be more careful.”
“Whatever.”
Both of us were collecting bruises.   From the made-for-midgets carport to the makeshift gate that kept Gracie from destroying the house, our home had become a danger zone.
Early March winds lashed across the West Virginia hills causing spotted electrical outages around town. We were lucky that ours stayed on, but not so lucky when green shingles blew off the roof, scattering across the front yard, and rain was in the not too distant forecast.
It seemed that no one was excited to tackle work in this wild and wonderful state, particularly in our location.  Whatever the case, good help was hard to find.  Gary made a few phone calls, then headed for the roof to put up a temporary covering before the bad weather hit.  He spent most of the night and early morning hours working through the howling winds and fierce raindrops, and when he finished, a blue tarp promised temporary safety from the nasty weather.  After four failed attempts at getting a roofer in, we were able to schedule one for three weeks.  We hoped the tarp would hold until then.
We had barely enough time to ask “What next?” when the heavy rains came and washed mounds of water and dirt down the hill and onto our cement porch.
- December 10, 2010 12 comments: