For the past two mornings I've showed up for work visibly covered in white dog fur.  That's what I get for wearing black, and for wallowing around on the floor at the animal hospital with Gracie.  This morning when I stopped in to see how she was doing, the tech said, 'do you want to spend some time with her?'
Of course I did. 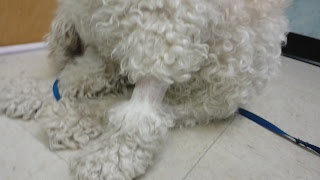 Gracie showed me her leg where they shaved it for surgery and I teased and told her she had a poodle leg. 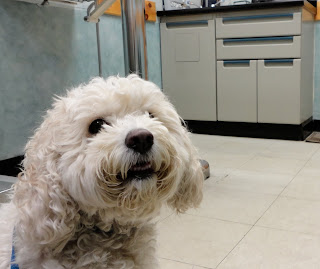 Then she told me she was ready to go home. 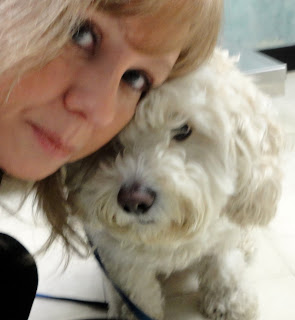 'Not yet' I said.  She was sad.
Later this afternoon she was released and I stopped to pay the bill and to bring her home.
HOW MUCH??!!
Okay, so the plans we had for a weekend getaway to celebrate our birthdays next weekend are off.
A) Who can afford it?
B) Gracie won't be ready to be left at the kennel
But it's all good. 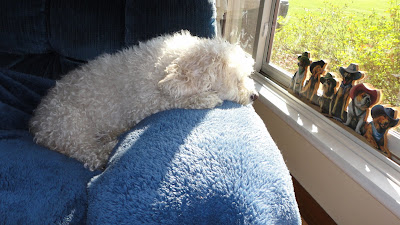 Plans are made to be changed. 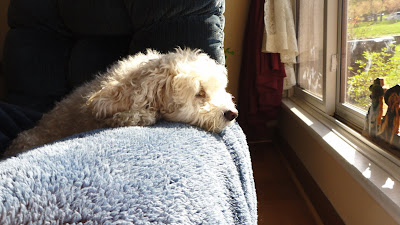 And there's a reason for everything. 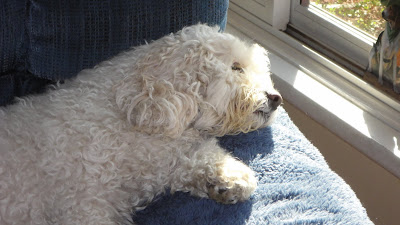