Sixteen years ago on this date I had my very first date with the man I would end up marrying about a year and a half later. 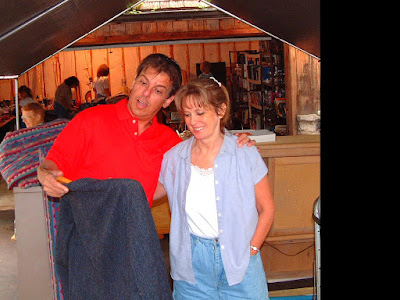 I had been single for a couple of years and when I started 'chatting' with this prince on the Christian dating site that I was 'trying out' I figured, what the heck.  It's all in fun. 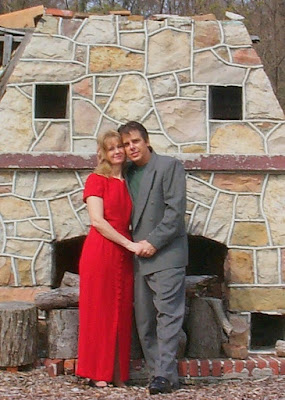 But apparently this guy wasn't just playing around.  He meant business.

I had been to an all-day training session in Baltimore, Maryland for my job and the plan was to check into Frederick's Hampton Inn on the way home and there I would meet up with my two friends (who would protect me in case this dude was a night stalker) and my mystery guy whom I had just met online the month prior.  We had talked on the phone.  A lot.  I'd be very disappointed if he turned out to be a dud, because I liked him just by his voice alone.  We had become good phone friends.

I was frazzled from the drive and the wet, windy weather....  but hoped I didn't look too awful for our first meeting.

First a hearty 'hello' and a big pearly white smile.  Then a peck on the cheek.

Little G here...  with some food for thought.  Out of the sixteen years you and dad have been together, I've been there with ya  for almost thirteen of them years.  Through thick an thin.  Demanding food.  And belly rubs.  And walks.  What would your life have been like without me? 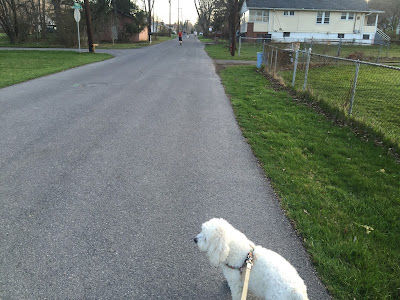