A Day Gone To The Dogs 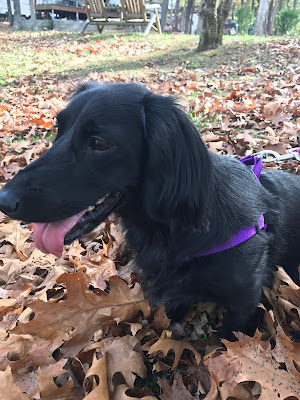 So we all loaded into the car, well... 2 cars actually.  I tried to wipe the smile off my face as I breathed in the fresh country smells and as the wind whipped the fur back from my face...  but it was a no-go.  The smile stayed.  I was a happy camper.  Camper.  get it?  BOL!  I was a camper! 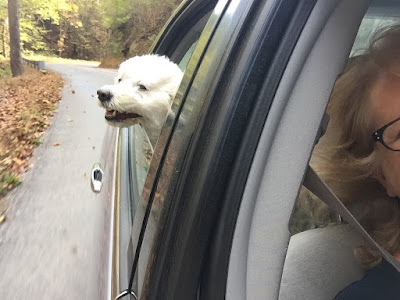 When we got to camp it was business as usual.  (And yes, we both had business to do in the piles of brown leaves where mom scolded saying it was hard to find and why'd we have to evacuate the moment we got there??)  ....   Until a couple of pit bulls tried to bully Ellie May and me from two campers down.  We were having no parts of it though.  You should have seen my lil' niece Ellie!  That girl ran full speed as far as that rope would take that long and lean black body of hers and she came face to face with those ol' pit bulls and gave them the what for!!!  I'm pretty sure she scared the barks out of them cause they were quiet after that. 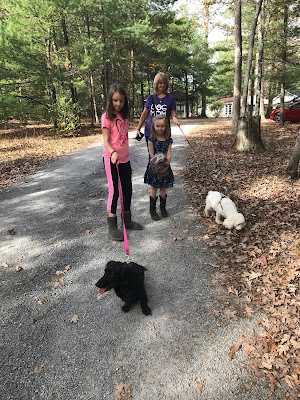 We walked, and walked and walked.  The cookie carriers suddenly became cookie carrier carriers as we savored the smells along the way.  Ellie girl was like - let's go-go-go while I was all about -  let's stop and smell the roses dog pee. 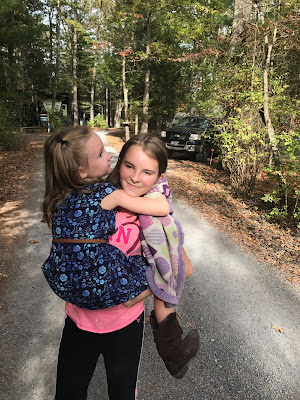 Ellie May and me got along just fine.  I felt obligated to share my water bowl and treats with her (especially after she was successful in intimidating the neighborhood bullies which gave us so much more peace about being there). 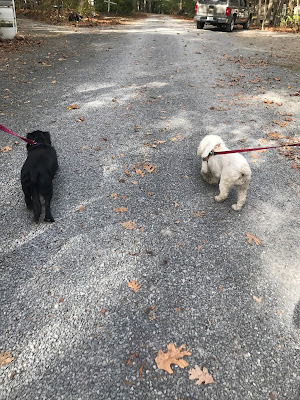 We sat and rested and occasionally got tangled together and needed our peeps to free us...  but it was fun. 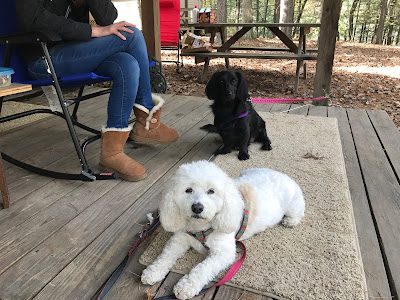 That camp air was awesome. 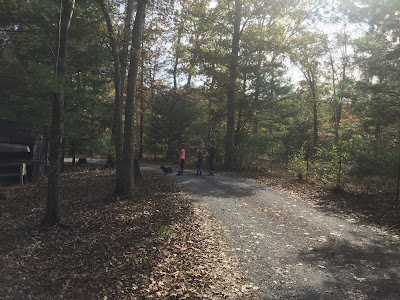 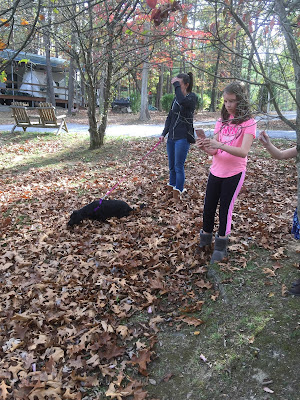 And the cookie carriers trying to steal our thunder and be cuter than us... 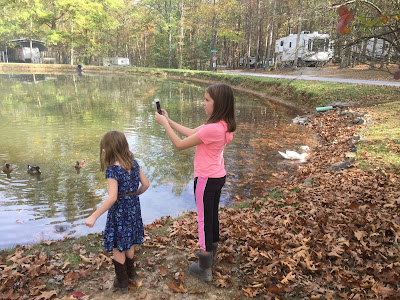 But really, we didn't care much.  We were in it for the smells.  and the food. 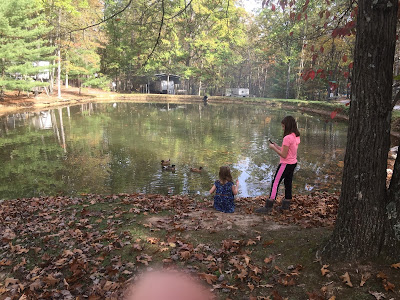 And speaking of food, we had steak for supper!  Seriously!!  Ellie May said she'd never eaten steak before nor had she ever gone for a walk!!!!  Wow.  Poor girl.  I was glad to share my day at camp with her. 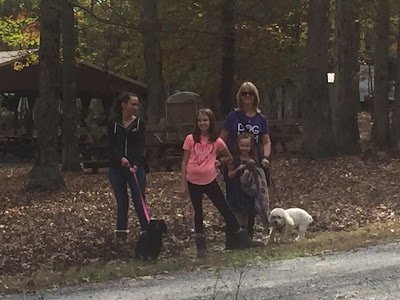 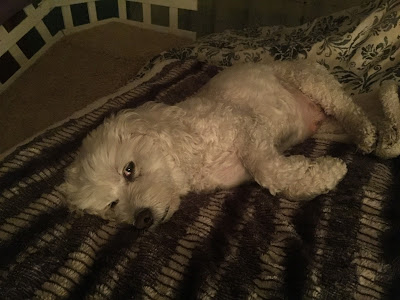