Today It's All About Gracie

Poor Gracie.
I thought Sunday's episode of  Unhappy Camper
would be the end of her woes for a while.  Not so. 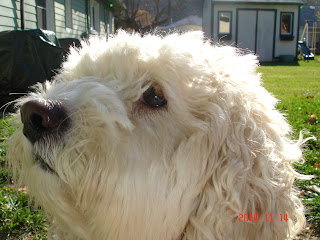 Today before going off to work I caved in to her begging-for-a-belly-rub routine, and saw that she was crawling with fleas again.  We'd purchased a flea collar for her Sunday so we immediately put it on her.  I wasn't satisfied that it would do the job so I quick-ran to the animal hospital that's two minutes from our house and purchased a remedy much like Frontline  that the worker said she uses for her dog.  She says it works!  I was vulnerable... so I paid the sixty bucks and ran.  The stuff smelled strong, and once I got to the office, all I could think about is, 'what if she has a reaction to it'?  I had visions of her convulsing and vomiting all over the place and nobody would be there to help her.  Worry for nothing.  The only thing out of the ordinary that happened was that she pooped on the floor. Ick. I guess she figures on these rainy days she has to go somewhere, wouldn't want to go outside and get her little tushy wet.  Bad dog.
I just checked her a while ago, so far no fleas.  Someone said I'm going to have to fumigate my house though... make sure they're gone for good.
I'm checking into something called Flea Treats which was recommended by Sam and I'm hoping it will be safe and effective.
Meanwhile,  I have to keep checking through Gracie's multi-layered locks to see if she has any more bugs.

I ordered something special for her online...  since she's been having such a tough time.  A few years ago I read a great book called Amazing Gracie by Dan Dye and Mark Beckloff.  These guys started Three Dog Bakery, a bakery for the best of the best in homemade dog food and treats.  It's pricey, but today it's all about Gracie.
- November 16, 2010 9 comments: 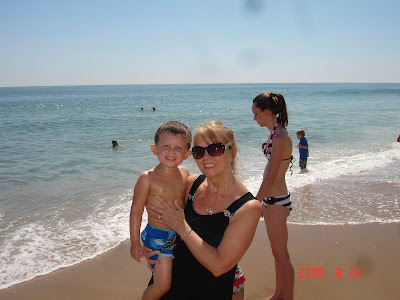 I wasn't finished with you yet.... 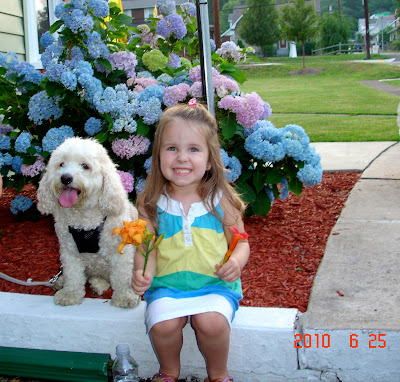