Another round of entertainment tonight as the stage is set for one last debate between the two most unqualified presidential candidates in America's history before the big election early next month.

For some reason, when the curtain goes up, I feel my blood pressure rise.

It will be an hour and a half of lying, manipulating, defending ones self, screaming, whining, insulting, faking, throwing daggers, and lying some more. 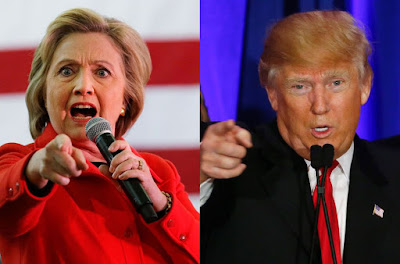 To come to a conclusion of who will the better choice to run our country would be impossible based on the reputation of the candidates.  And so, we need to look at what they stand for and who they will choose to surround themselves with once they are in office.

Based on issues alone,  I will be voting Trump.

Meanwhile, the storm gains strength and the next three weeks prove to be entertaining at best.
It's sad, that electing president of our country has become a reality show.  But it has.  I blame the media.  The evil, manipulative, power hungry media.

And I blame us.  Because we are the ones that the media feed on and we allow it to happen.

I don't know about you but I've about had enough.  I am ready to hibernate to the back room away from Fox News and enjoy a DVD,  Gone With The Wind or Tammy and The Doctor.   Something nice.

Or look at old pictures that smile. 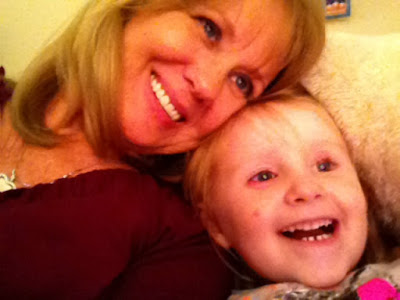 I've decided to run for president.  Here are the reasons:  1)  Rumor has it I will be better qualified than those who are running now.  2)  I will live in a big white house with lots of rooms that I can run around in and a great play area outside.  3)  Anything goes (which means I could do whatever I want, whenever I want)  like...   treats of beef jerky into the early morning hours, permission to kill all the stuffed animals I want, and steak every single day and night.  3)  I can change the world!!  Collars and leashes will be worn by peoples, not animals.  All furry friends will be free to run...  and have all the fun they want without the peoples saying stop! or don't! or I can't believe you did that!  Cages for them, freedom for us!  Who's with me???!!!!  Gracie 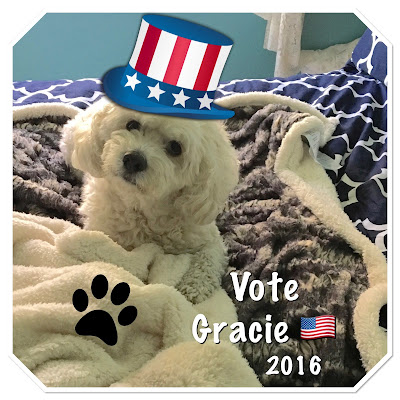