My Day in Gettysburg.  Pt. 2
About yesterdays post>  Don't get me wrong> I had a good time in spite of the not-so-hot hotel. I've been in worse.
In town...
It seems one of the big draws is bullet holes in houses. 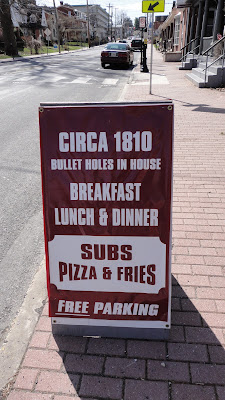 We toured the Schriver House and learned a lot about one family's life during the civil war. 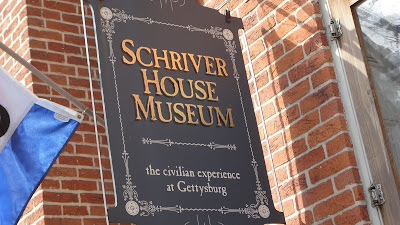 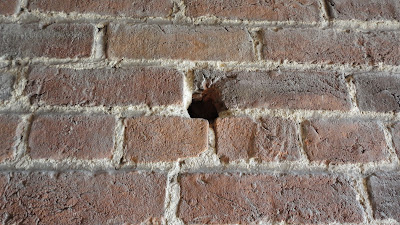 Below is where the garden was.  George Washington Schriver had a saloon in his basement, and a ten pin bowling alley in the back.  He was considered one of the more wealthy in the area. 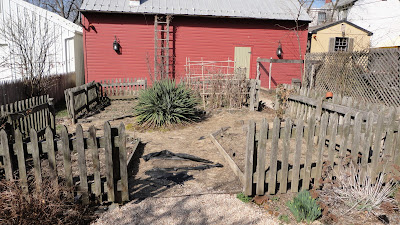 When the house was restored, many artifacts were found, including this old shoe (below).  It was considered good luck to hide a shoe in the wall of a newly built house back in the 1800's. 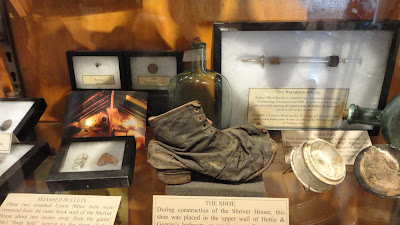 After hearing the outcome of this family, I would say that there was not much truth to that legend. 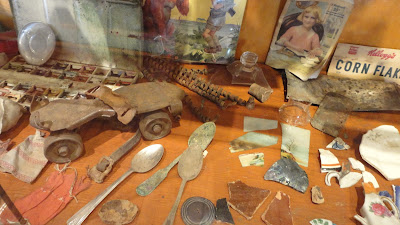 All of these things were found inside the house during restoration. 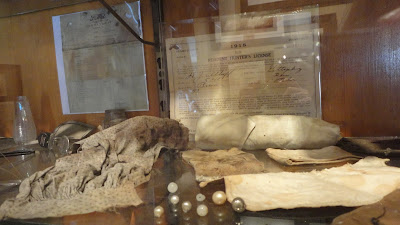 
Going back in time and being in the same attic where the soldiers hid out and fought through holes that they made in the side of the house was quite intriguing. 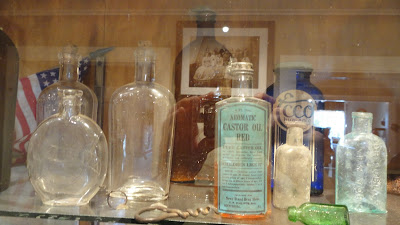 It must have been a horrific time for the people. 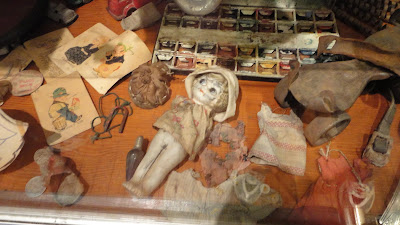 They were a young couple, a new family so full of life, and so ready to start their own business... a saloon and a ten pin bowling alley. 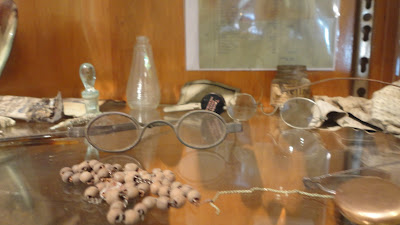 Yet it was all interrupted by one of the most bloody battles of the Civil War.  George went off to war.  Hettie and the children stayed behind, and their new home soon became a hospital for the wounded with amputated arms and legs piled high in corners. What a sad time in history. 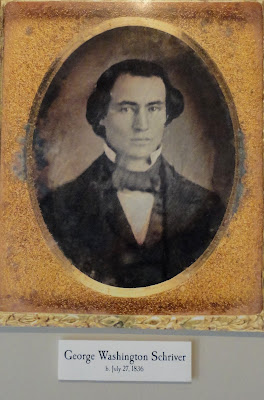 If you're interested in knowing more on the story of the Schrivers...
look HERE 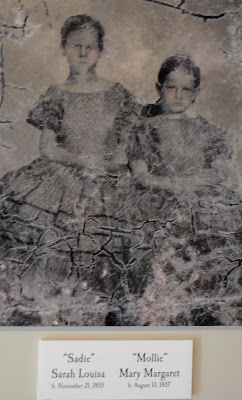 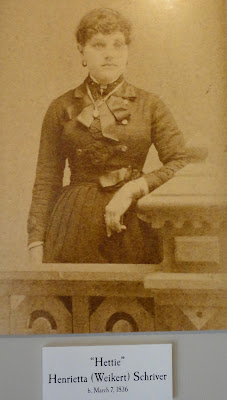 Okay, enough of Civil War talk.
Then we stopped at a great antique market. 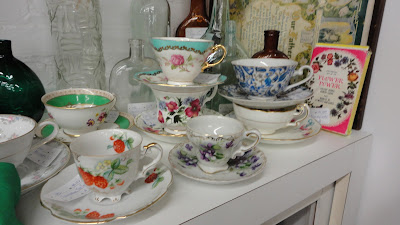 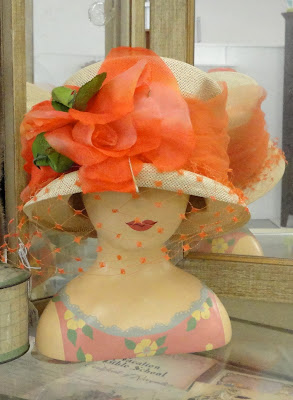 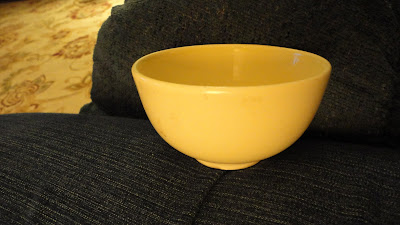 This bowl was free.  Isn't it sweet? 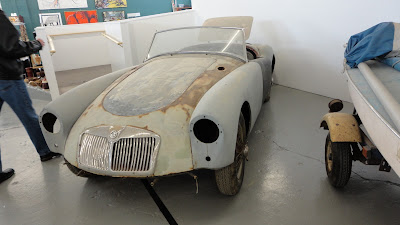 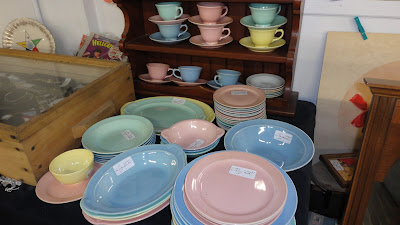 I love these LuRay pastels.  Color is always a draw for me.... 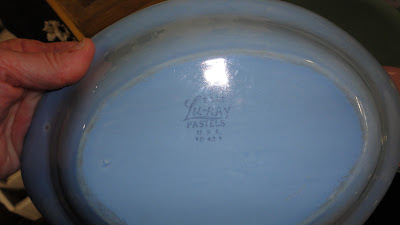 And how about this cute planter? 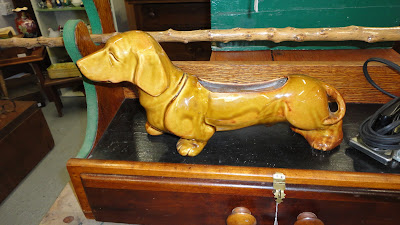 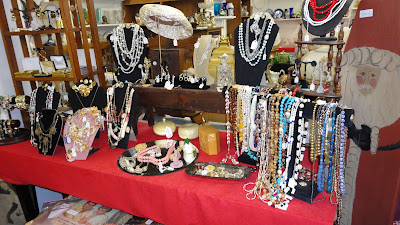 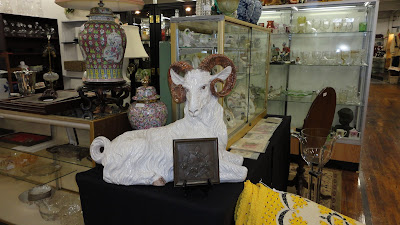 It was fun.
And what do you think I came home with?
Mini Japanese porcelain doll furniture from the 30's. 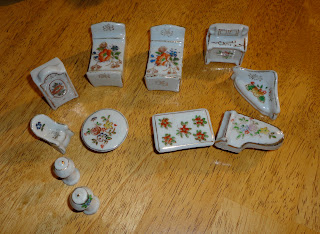 When I was a little girl, I remember digging up a tiny porcelain teacup in the dirt. 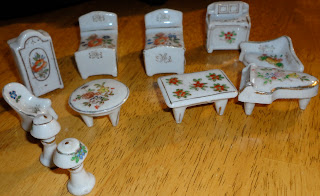 I thought I had found the best treasure in the world...  it was so shiny and colorful and pretty.  I've had a fondness for that type of thing ever since. 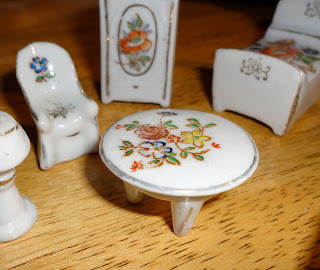