She had decided to give Summer aka grand angel #3 her first hair cut.  It was supposed to be a minor trim but the more Summer fidgeted,  the shorter the hair got as she tried to make it even. 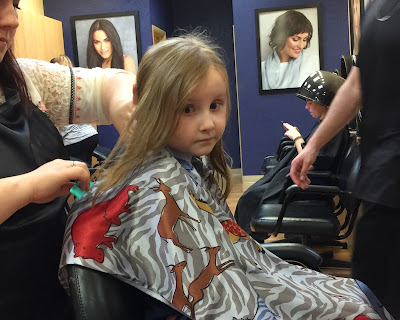 "It's okay," I said.  "I will be up in about an hour and we'll take her to the mall to get it straightened out." 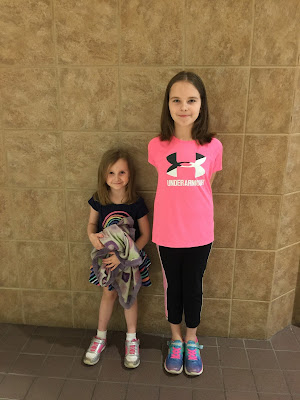 Keep in mind, this was her very first cut.  Trimming those long golden locks was a major event.  That it had failed and looked hideous (really, an exaggeration.  It wasn't that bad) sent daughter into panic mode and by the time we got to the mall Summer wanted to walk with Grammy and hold onto Grammy's hand.   She'd had enough of Mom! 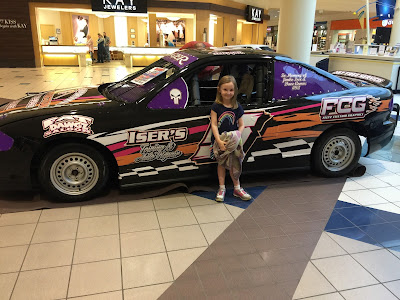 The day was saved by a very sweet beautician who trimmed it up and straightened it and assured daughter that it was not that bad really.

Rissi got a trim as well, and a peace blanketed what was once a frantic mama feeling she had betrayed her baby girl with the worse hair cut ever. 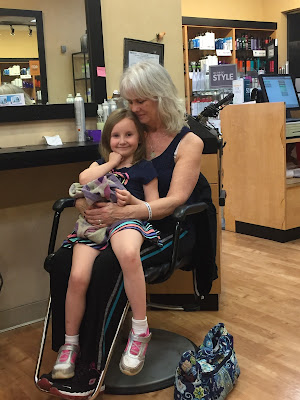 And I got to spend some of the finest of moments with a princess who kept flipping back her now much shorter hair and peeking at herself in the mirror obviously feeling just a little  bit more grown up. 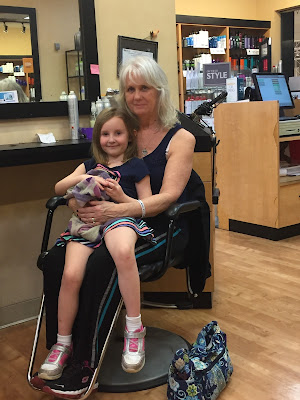 Hello!  Remember me?  The dog?  Do  you not want to mention my hair cut?   It might not have been my first, but still. 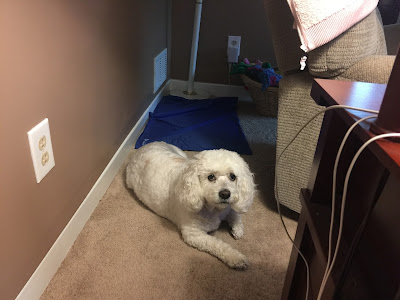