The following are pictures of this morning's soccer game starring grand-angel #2 Jake. 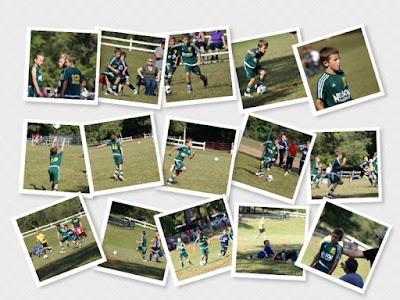 A couple of the pics are repeats but...  you get the 'picture'.  Jake got knocked down by an opposing team member.  Later I told him ...  "Grammy had to resist the urge to run out there onto the field and wrap my arms around you with a grammy-hug to make sure you were okay.  I'll bet you're glad I resisted the temptation to do that..."  He smiled and shook his head.  He's so handsome.   Love that boy! 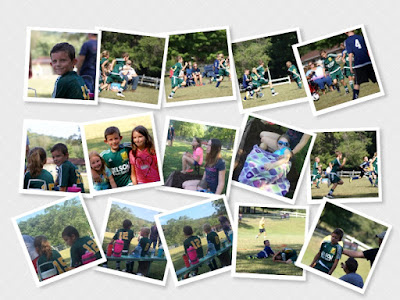 It was a great morning at the game... temps were tolerable and we got a nice place in the shade to settle in.  Had some fries, and soft pretzel with cheese.  Cheered Jake on.  Cheered the team on.  And then, our team won!!  2-0!!  Yay!

Then it was off to the music store to get Rissi's violin for Orchestra, which she starts on Monday.   She's just beginning, but Pop-pop told her she has to master the piece and learn and play 'The Devil Went Down To Georgia' to play at his funeral.  (Ha!  Guess that will be many, many years down the road since it will take a while for that one.  And that is good.) 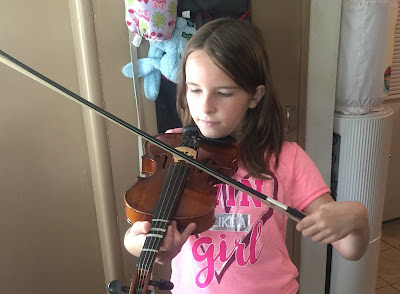 After that it was the last swim of the summer.  Sad but true.  Summer is slowly fading and fall is waiting in the wings to take its place. 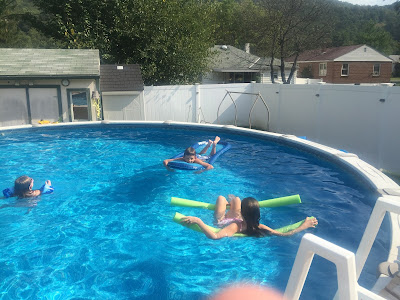 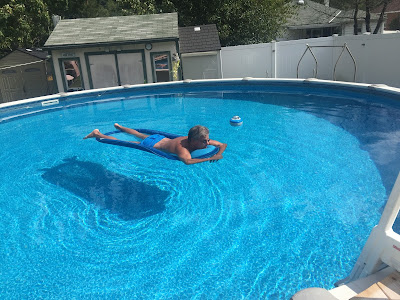 Life is short.  Make sure you enjoy it. 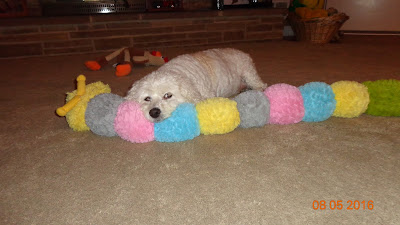