I could hear her screeching from the other room.  Sometimes the sound of her voice goes right through me.

I could hear her footsteps slowly walking toward the bedroom where I was playing hiding. 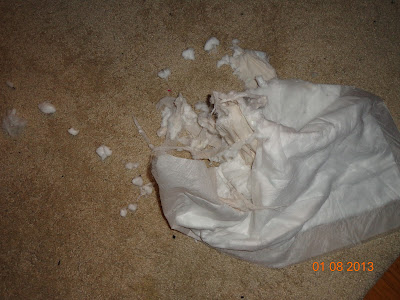 But I think what she was trying to say was,

"Gracie!  You ripped your pee-pad up!"  (I've never even used the darn thing.  I think it's a joke, another one of those brilliant human ideas.)

And then her famous quote "Gracie what
is your problem?"

Tonight we went for a walk IN THE DARK. 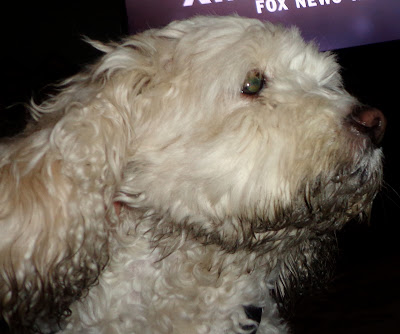 Not such a good idea.

Always remember.  If it seems to good to be true, then it probably is. 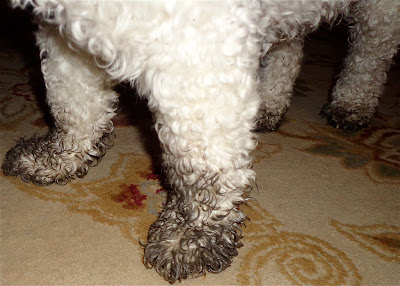 A paw and ear bath followed, since I'll get a full grooming in just two days.

Enough of my drama.

I'll get even with her for what she's done!

Remember the book she wrote,  sharing MY DIARY in Gracie's Diary: A Memoir?

Visit   HERE on SATURDAY and download the Kindle version for FREE!

And don't forget to pee sleep on the floor (where ya belong)! Arf! Arf! 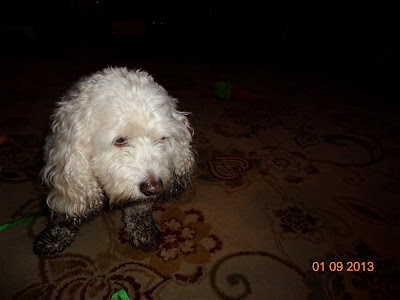