Feeling a little numb from last weeks 'life journey' but ready to start again!  Last week began with my 50-year old niece being taken off life support after a sudden illness left her in a toxic induced coma.  We were close, and this was difficult. 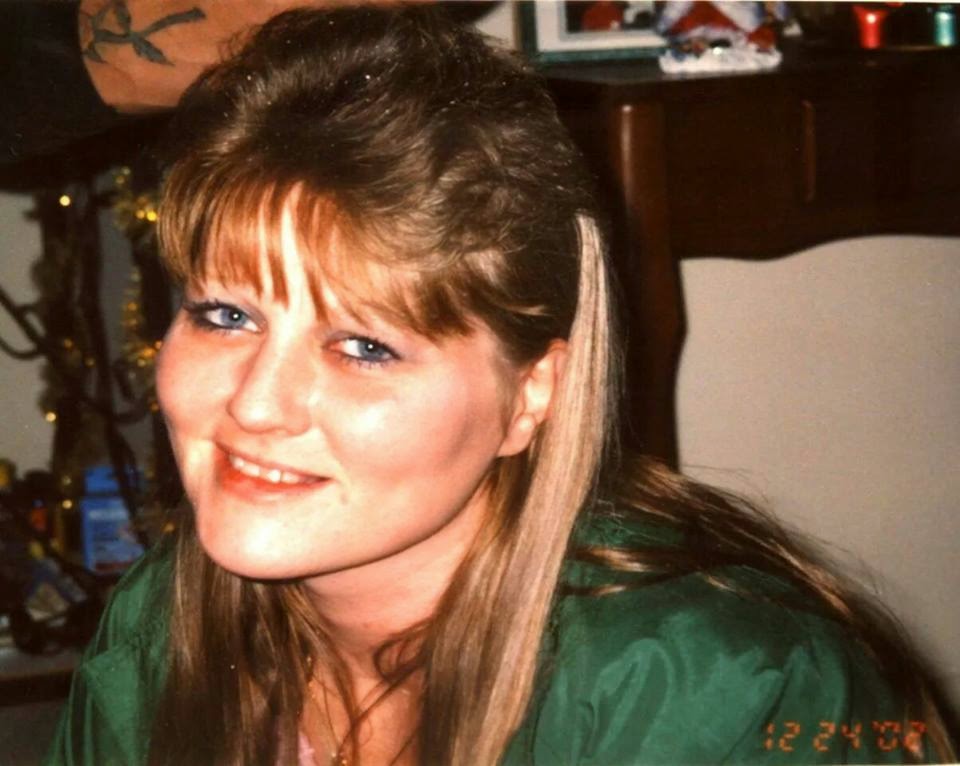 Work was busy with 'problems' and I became unable to deal with these problems when my computer deleted all of my data base and customer hearing test results along with fitting history, etc.  (long story).

Wednesday morning we woke up to snow. 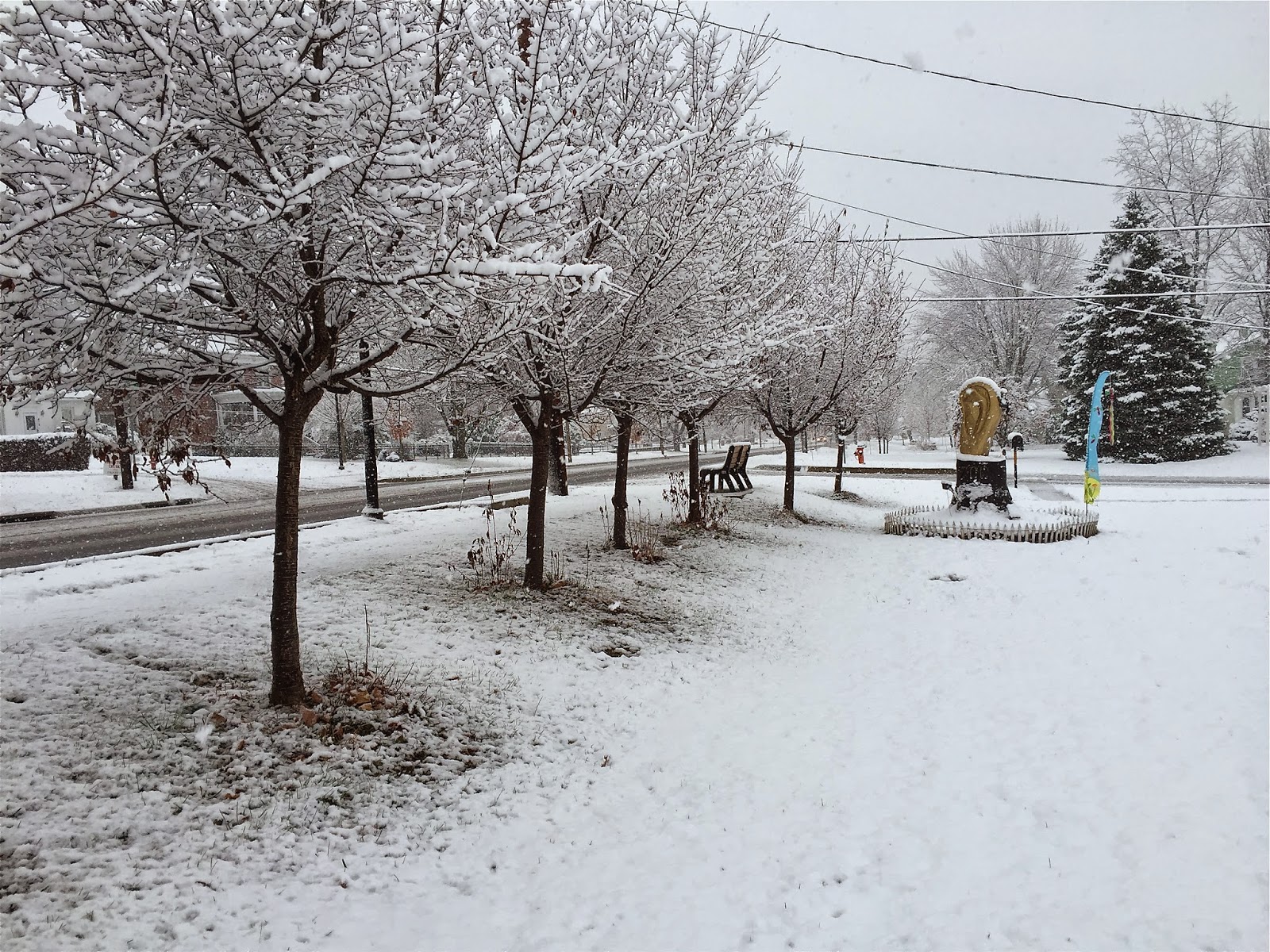 I spoke with my brother Jimmy.  His pet scan results showed that his cancer has spread to his liver and bone.  I swallowed the pain and continued with what needed to be done. 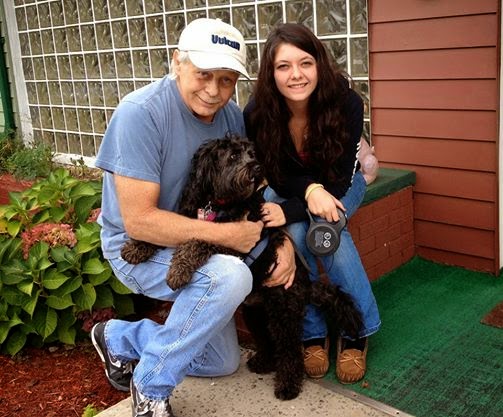 I was asked to put together a slide show for Diane's memorial service, so I spent all day Wednesday on it.

Wednesday evening I worked until bedtime on the Thanksgiving side dishes.  I was exhausted. 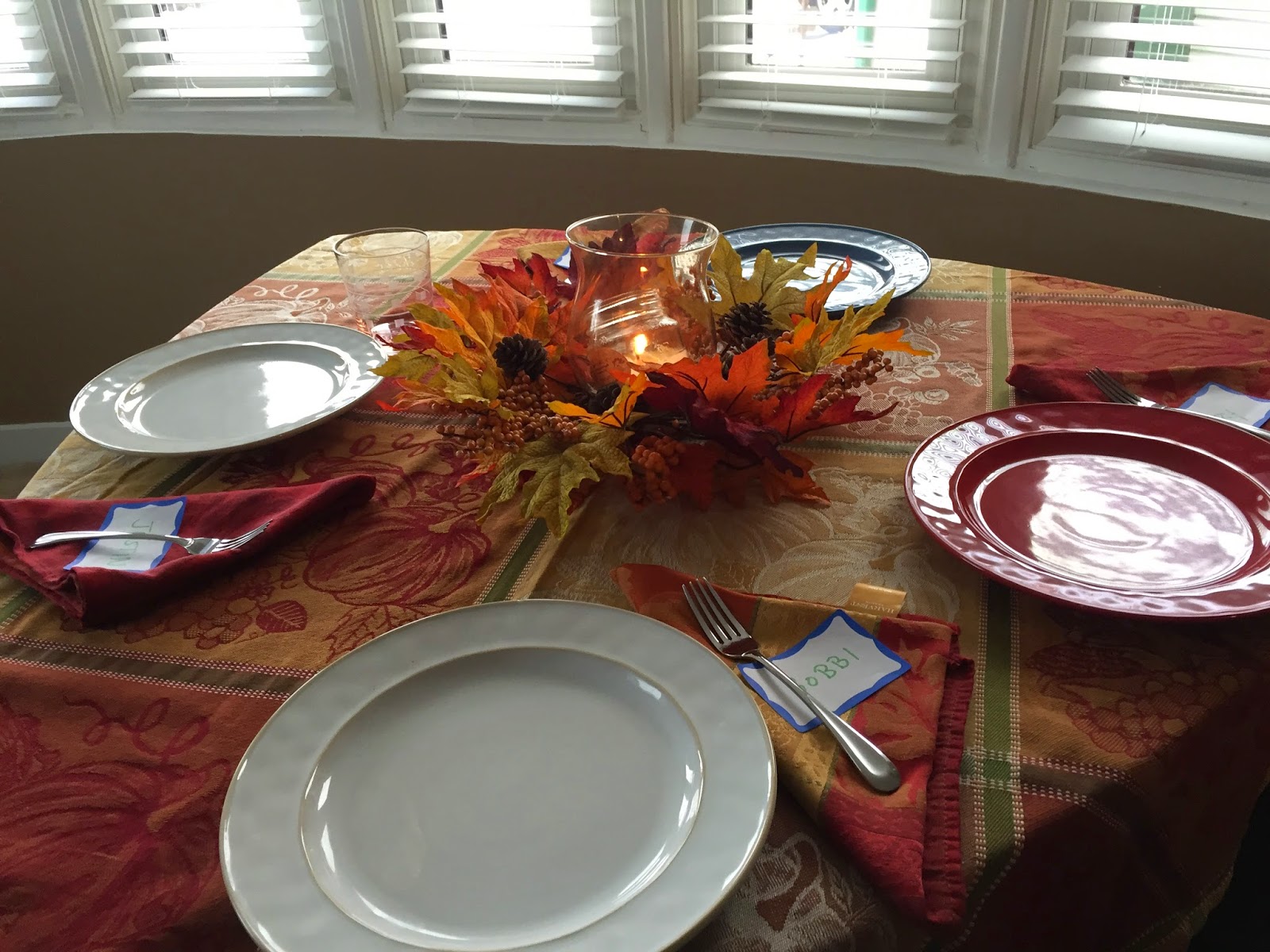 Thanksgiving morning I was up and running at 7:30AM, preparing the turkey, stuffing the turkey, and getting that big bird in the oven to be ready by 1 o'clock, my scheduled dinner-time.  Then I had my tea. 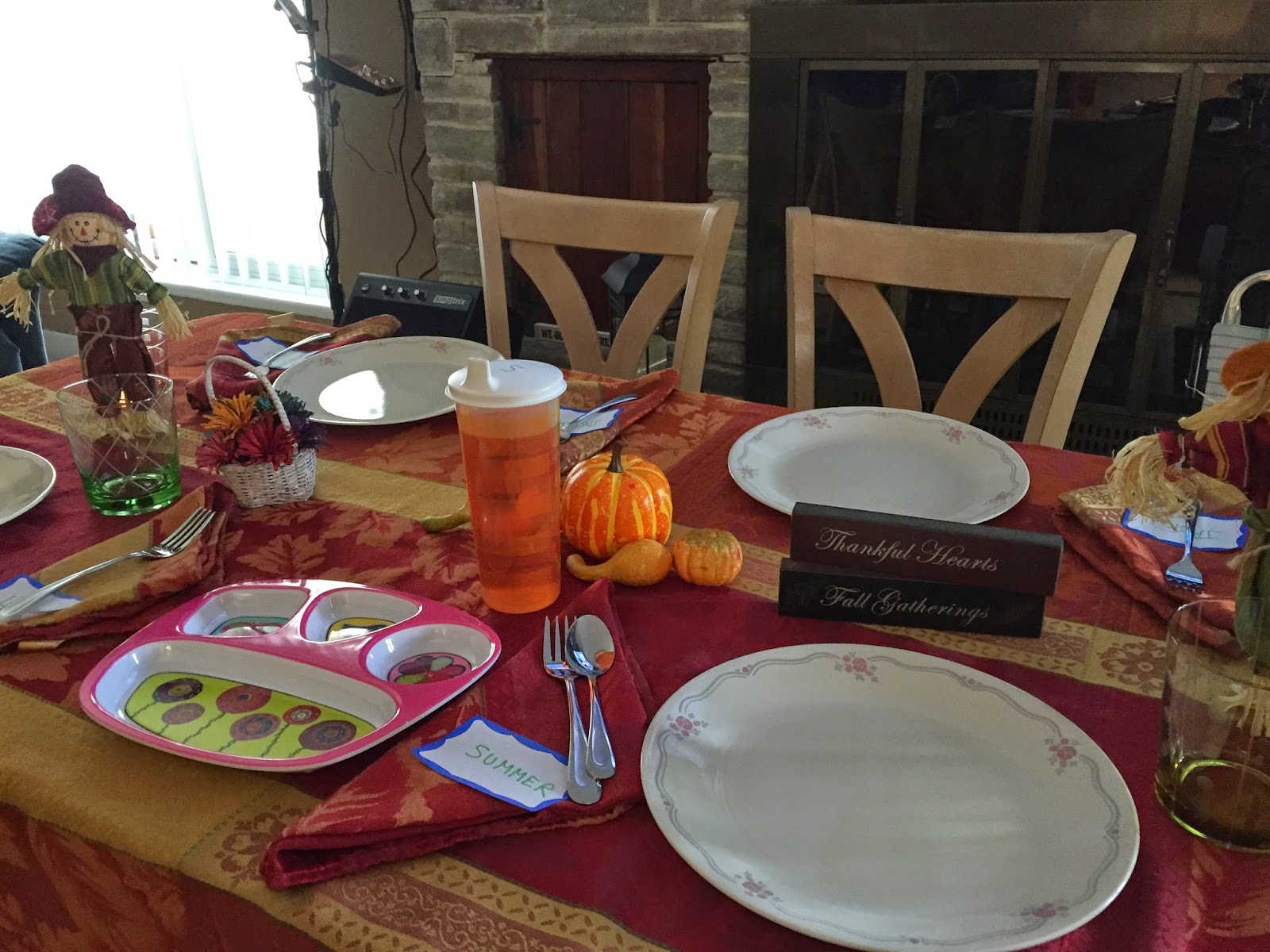 There would be twelve seated all together, so there had to be some rearranging.  An extra table was put up in the living room and chairs were collected from wherever we could find them.  I did not stop.  Tables were set.  Candles lit.  Pie - topping reapplied after the cool whip melted off into the refrigerator from putting it on too soon the night before. 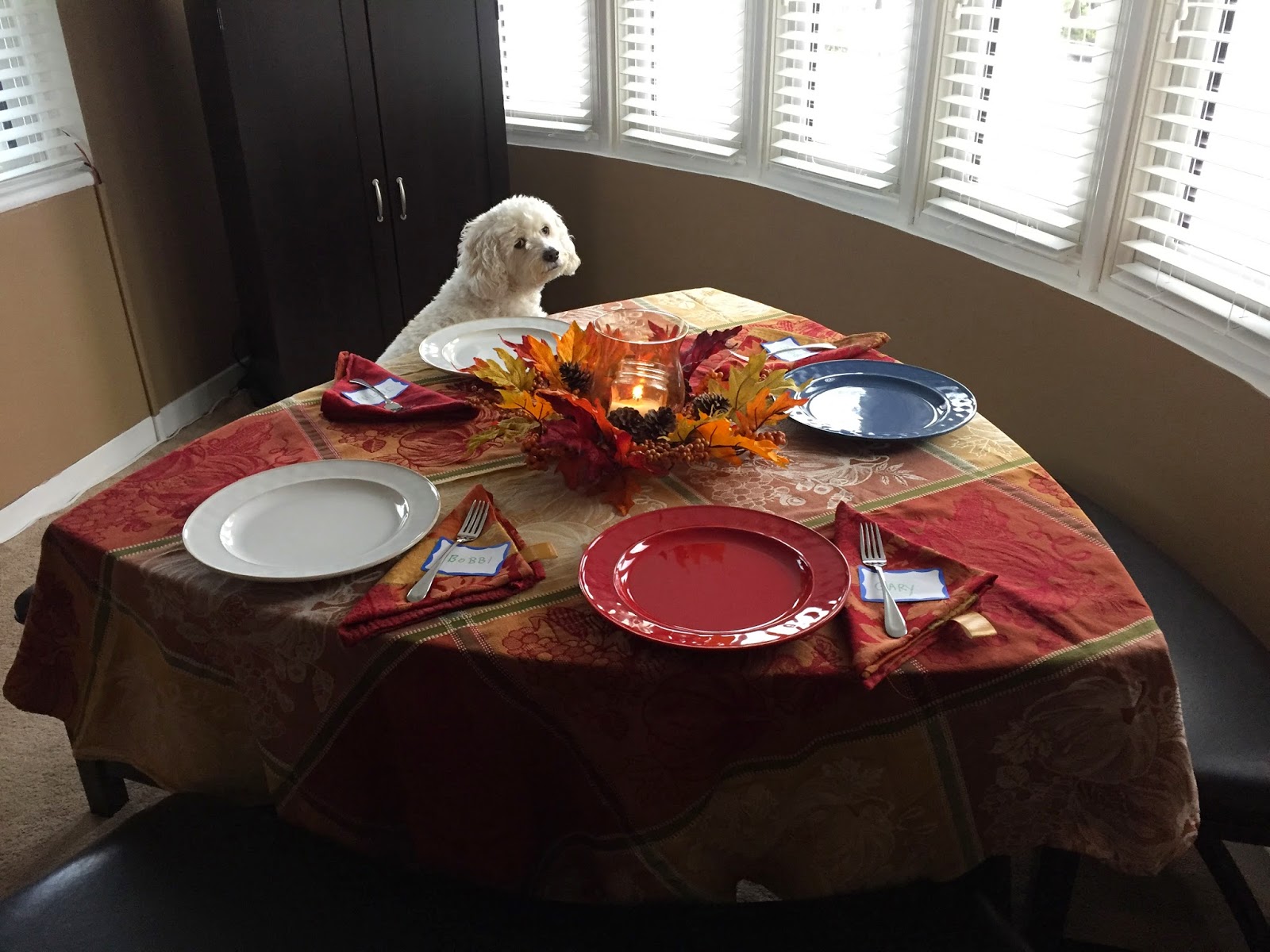 Then my phone buzzed.  A fourth of my guests would be arriving late.  Like, maybe an hour late.  Oh well. 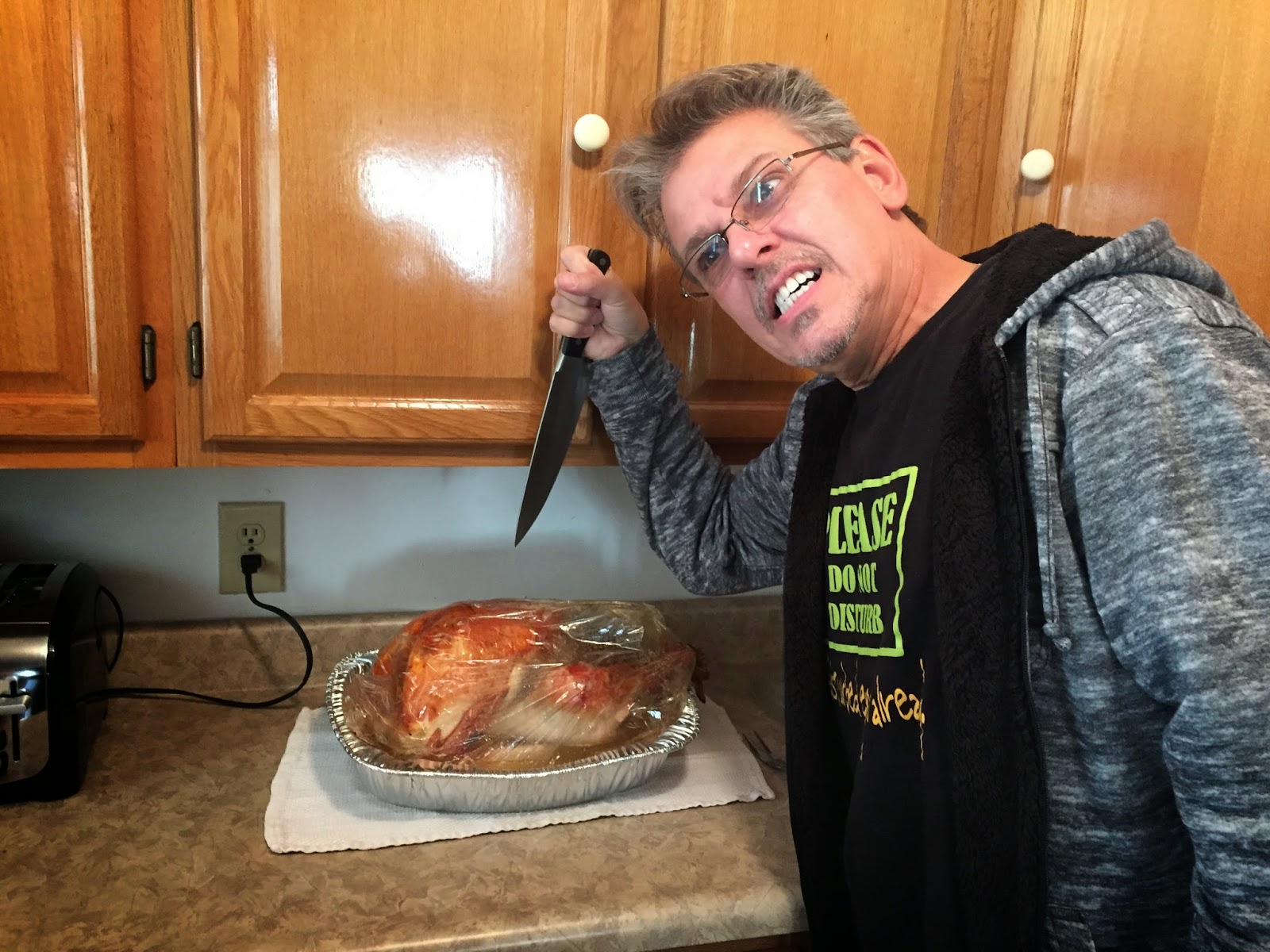 The rest of us ate.  After we were finished, the others arrived and ate.  We did some karaoke on Gary's new SingTrix toy and then we went to a horrible movie. 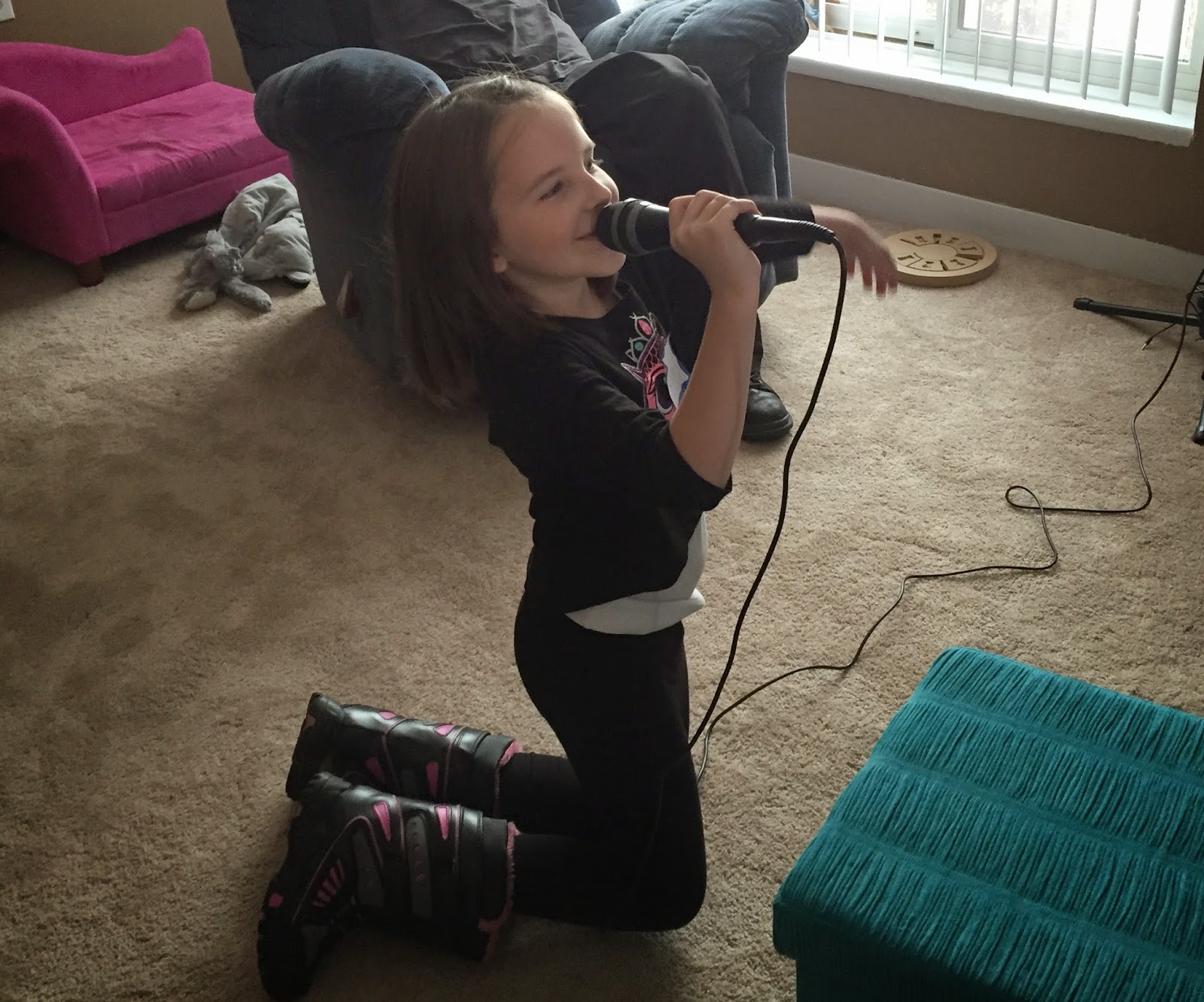 I tried to do as little as possible on black Friday but later in the day found myself lost in the narrow isles of Ollie's feeling smothered by passionate shoppers on either side.  They meant business!   I decided to go home and shop online. 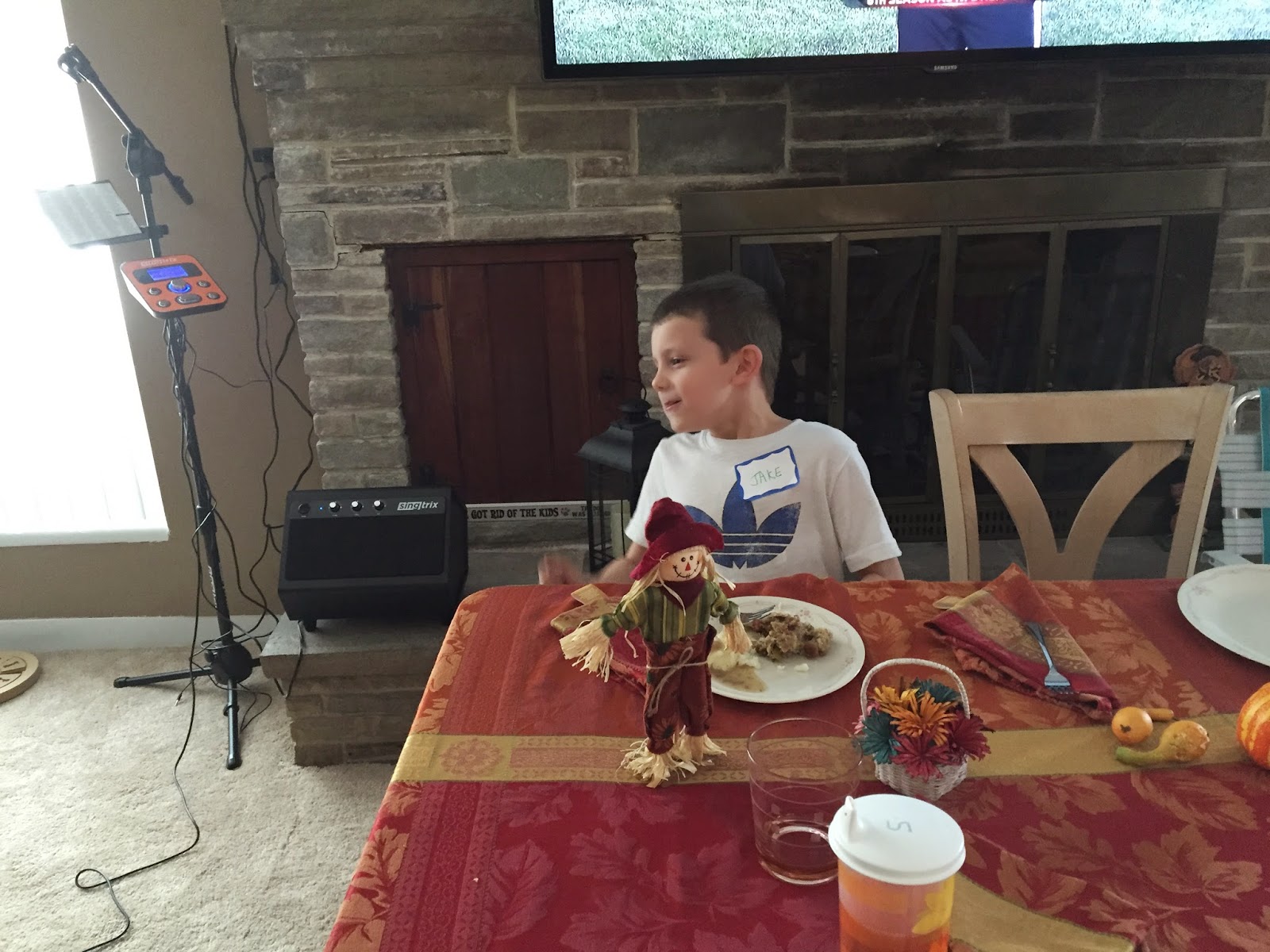 Saturday was Diane's memorial service and I did what I said I would never do again.  I got up in front of a room full of people and spoke of a remembrance of my niece that was dear to my heart.  I almost made it without tears  :-(  My head felt like it would burst and my stomach hurt for hours.  Let me say it once more:  I will never do that again!

The service was beautiful and at the conclusion George Jones recording of Amazing Grace filled the little chapel.  Just in front of me, Diane's  husband cried into his handkerchief and their teenage daughter consoled him... holding him close and kissing his forehead.  Diane's children consoled one another.  There were plenty of tears.

Later at the luncheon as the slideshow played, Todd, Diane's husband cried again watching his wife's life unfold in front of him.  I watched him wave at her and say, 'There's my beautiful girl"...  and it made me feel very sad for him.  He must feel so empty without her.

It was close to a two hour drive, so we didn't get home till later that day.

The above does not even touch on a lot of the 'little stuff' that happened.  Lets just say, what could go wrong did go wrong.

But we did karaoke and we could sing and it made everyone laugh and be happy.  And for a brief while, all the sadness disappeared.

And then in the back room, the Barbie house had been transformed.  Girls were no longer shopping and getting groceries for sleepovers or getting dressed for talent shows.  (What I find when Rissi and Summer play with the Barbie's).

The men were home, the place was a mess... and hunting season was in!  (Jake had been here!) 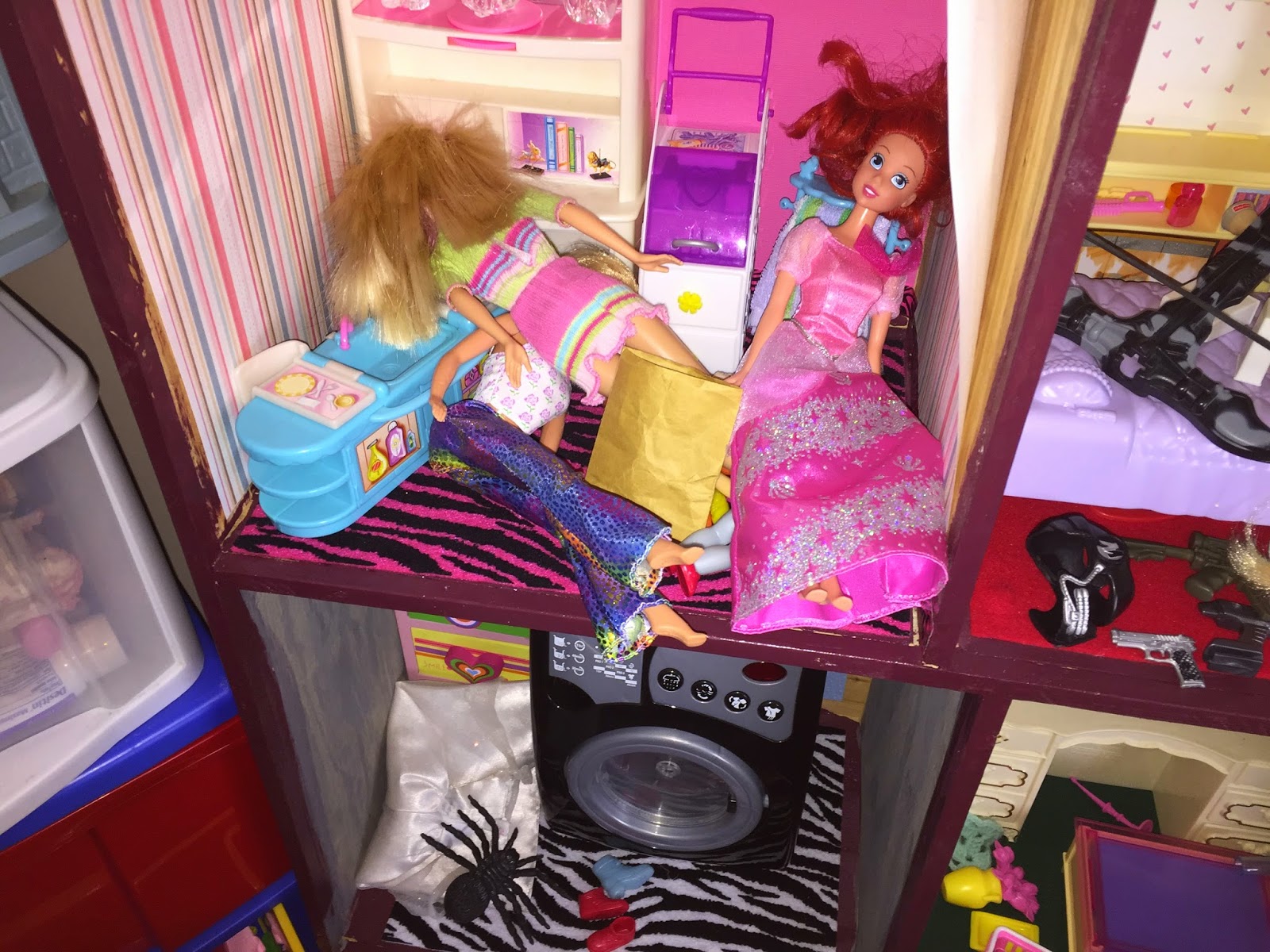 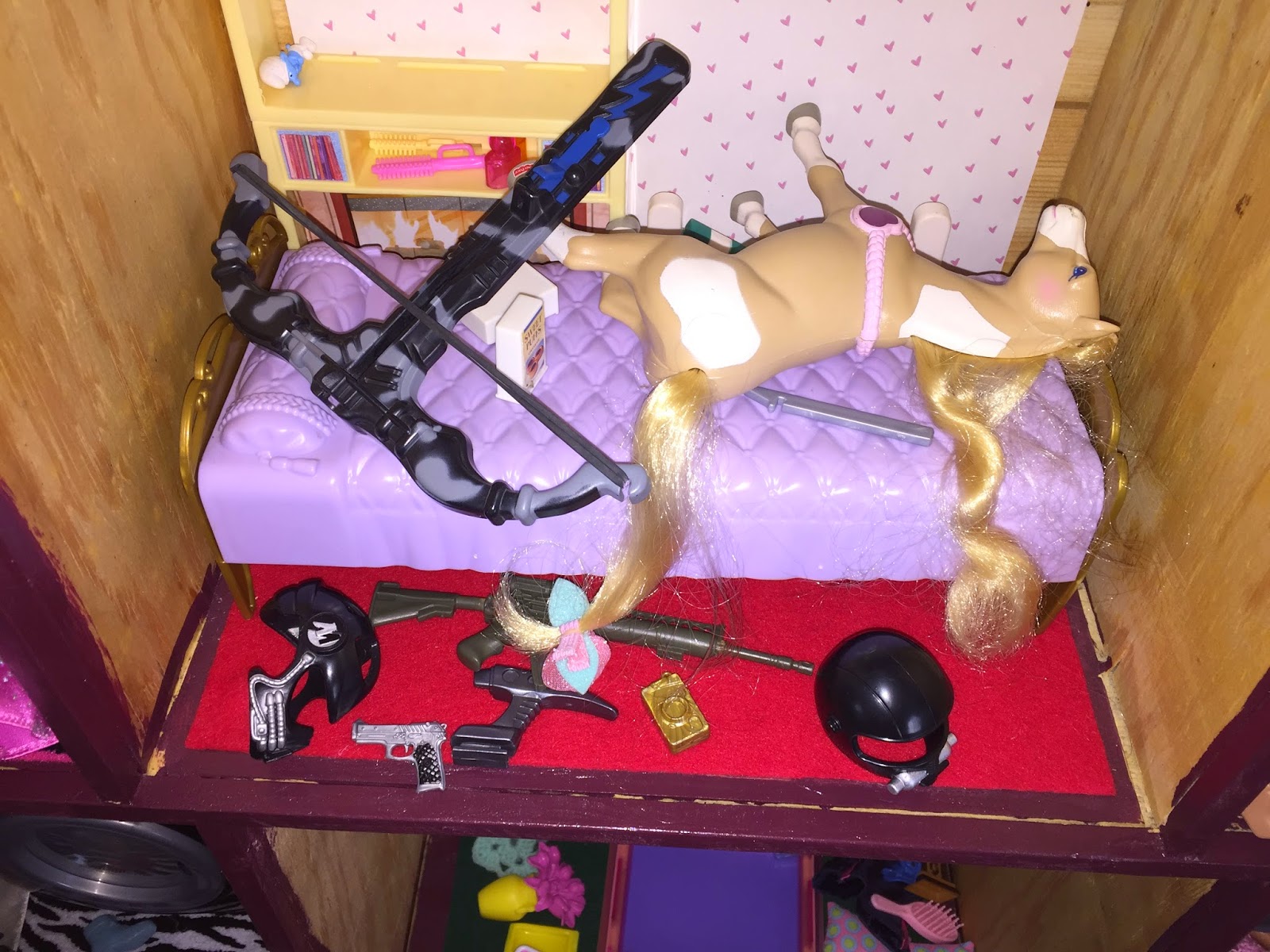 And I am counting my blessings.