Touched By An Angel

Have I ever told you about my Mother's Angel? 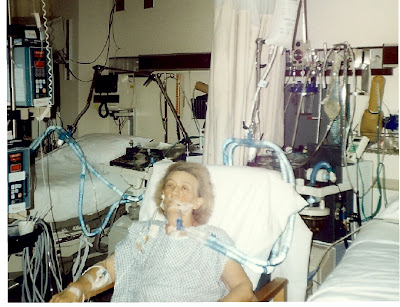 In 1990 she suffered a heart attack that left her helpless and hopeless for three months. In the early hours of morning a group of doctors entered her Georgetown, Md. hospital room. One of the doctors was laden in white, radiant, and stood out from the rest... touching her foot... and revealing to her that she was going to be alright, prompting an immediate peace that swept over her.
The next morning her life support was removed. She miraculously began breathing and living life again on her own.
"Who were the doctors that were in my room in the early morning hours?" She asked the nurse who sat watch just outside her private room at the nurses station.
"I'm sorry Alice... but there were no doctors in your room last night."
Chill bumps would consume Mom days, months and years later when she'd talk about the angel that visited her room that night.
And as for me... I was given over three glorious years to say and do the things with Mom that I wouldn't have done had I not been reminded of how very fragile life is.
Love much. Hug often. Savor. Enjoy. Appreciate.
Hebrews 13:2 Be not forgetful to entertain strangers; for thereby some have entertained angels unawares.
My Mom passed away on July 5, 1994.
I remember her today with tears and laughter. 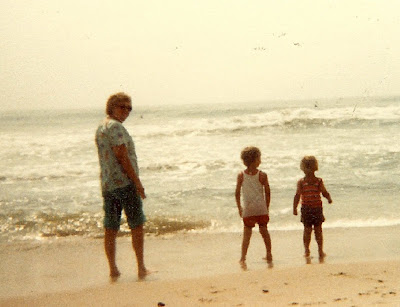 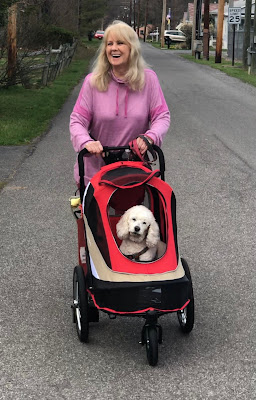