Today on my lunch break I did some shopping.  I got 2 shower curtain liners, a shower curtain, 2 super soft furry blankets for Gracie (on clearance), and a blue duvet cover for our down comforter.  The one we have now is white and thanks to Gracie is doesn't look so white anymore.
Any-hoo...  I had to wait in 'line' a good ten minutes even though I was the only one in line.  You see, there was a nice young lady at the check out who was returning a truck load of undergarments without receipts and then re-buying another truckload - in a number of different transactions.  Suspicious if you ask me, but hey...  who am I to judge?   I remained calm and patient though my arms were killing me from my armloads of merchandise. When she was finally finished I smiled nicely at her as she walked past me.  She put her nose in the air.  Note to self:  ik-snay on underwar-ay oday-ta.
I hated paying $79.99 for a duvet set.  But I had waited for this to go on sale, and it just wasn't happening.  I'll catch the sale and bring my receipt in for a sale adjustment, thought I.
To my surprise, my entire purchase came to less than the duvet was priced.  There must have been a good sale after all.  But when I got back to my office, I checked my receipt - It turns out the saleslady forgot to scan my duvet set.  FREE STUFF.  See.  What goes around comes around.  That was my payment for being patient.
Getting ready to leave for the day, I grabbed up my Sears bag and locked up the office... Then I was ordered by a voice inside my head to  visit the nearest customer service register where a young man and a young lady stood waiting for their next customer.
Me:  Yea, I purchased these earlier today and I don't think I was charged for the duvet set.
Boy:  Are you sure?
Me:  Pretty sure.  Will you check it for me?
Boy checks the receipt and pulls the duvet set from the bag.
Boy: Yep, you're right.
Young girl: You almost got it free!
Me: Yea... I know.
The boy puts the sale through and low and behold it's on sale after all.  $68.00. I give him cash.
Me:  That's better.
Young girl:  Conscience?
Me: Yes - That that DARN conscience!!

Dear Diary,
I'm a pig.  I thought I was a dog.  Mom says only a pig would make her duvet that filthy. I hope pigs are allowed to eat chocolate. Gracie. 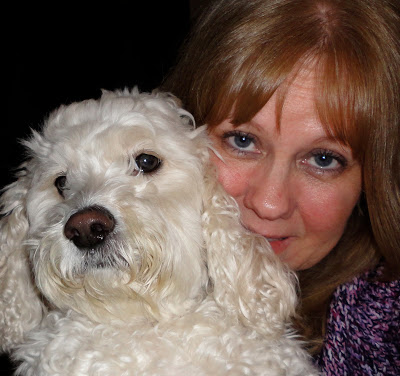 *Picture's Worth A Thousand Words*

It was a place alive  ~with Christmas lights~ decorations~ customers~ and good times~    There were cookies and laughter, camara... 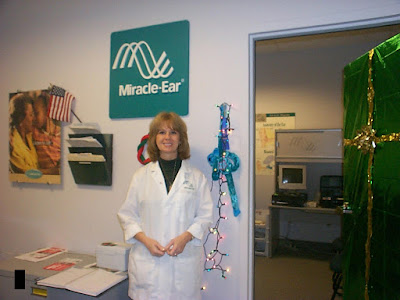